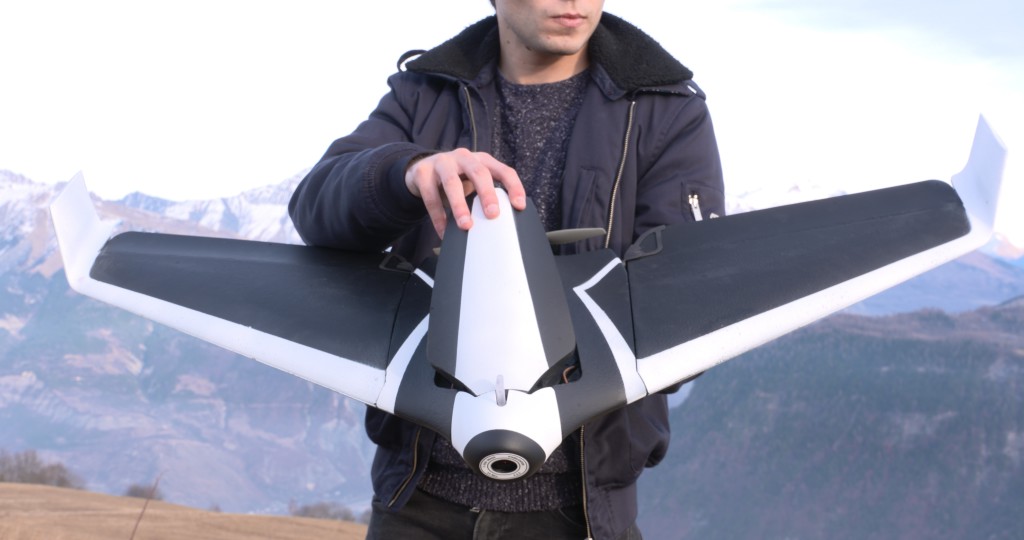 Parrot has wowed us with various drone designs in recent years, and the company keeps pushing the limits of what it can do with its UAV technology. At CES 2016, Parrot unveiled Disco, a new drone prototype that’s actually a full-blown fixed wing plane. On top of that, Disco is also smart, and should push the consumer drone market to a whole new level.

Disco is ready to fly from the moment you take it out of the box. Just mount the wings and launch it in the air. The Drone will fly by itself, which means you’re less likely to star in a YouTube drone fail video following a mishap with the Disco.

You’ll still be able to fly Disco by yourself, or perform tricks in the air. But the drone will make sure it doesn’t get into any accidents. Even better, the drone doesn’t just take-off automatically as soon as you lift it up in the air, it also lands automatically with help of ground sensors.

The Disco can also be used to orbit a point of interest on the ground in “Loiter” mode, and can fly for around 45 minutes at a top speed of 50 mph, which is rather remarkable. You can set up waypoints for the Flight Plan mode, and the drone can return home with the help of GPS.

Obviously the drone has a camera, which records full HD video, takes 14-megapixel stills and offers access to a first-person flying mode that lets you see exactly what the drone sees from up in the sky. You’ll need special glasses to enjoy that type of VR experience, however.

The company plans to launch the drone at some point later this year, though a precise launch timeframe and a firm price have not been revealed yet.