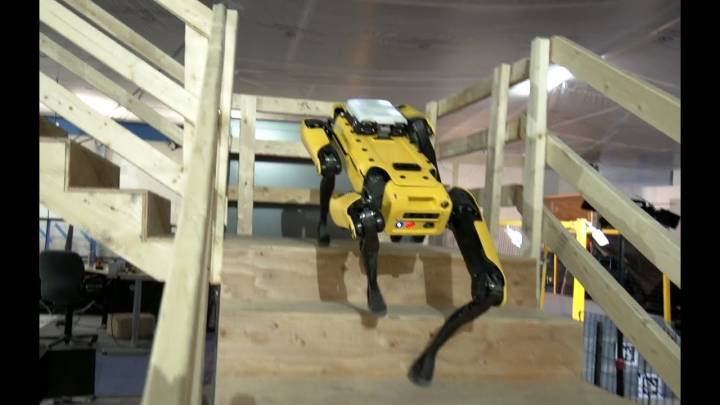 Boston Dynamics, the Massachusetts-based company that builds increasingly sophisticated robots that enjoy opening doors, has released two more videos of its robots doing very clever things that will definitely not come back to haunt humanity at a later date.

In the first video, Boston Dynamics’ humanoid robot Atlas is out jogging, all the better to follow the humans. Emulating human running motions over complicated and uneven terrain is much harder than it looks, and a significant step forward from walking around factory floors. The robot has also mastered the two-footed jump over a moderate obstacle, although it appears that climbing a tree will still help you evade the robots.

In addition to the video of Atlas, Boston Dynamics also put out this clip of SpotMini, its robot dog with five times the utility and none of the cuddiliness. That’s the same robot that made headlines (and made stomachs turn) when it demonstrated its ability to open doors earlier this year.

In this instance, SpotMini uses cameras to autonomously navigate through an office and lab facility, including walking up and down stairs and navigate obstacles. The robot required mapping of the facility first, but during the entire run you see on camera, Boston Dynamics says it was driving itself.