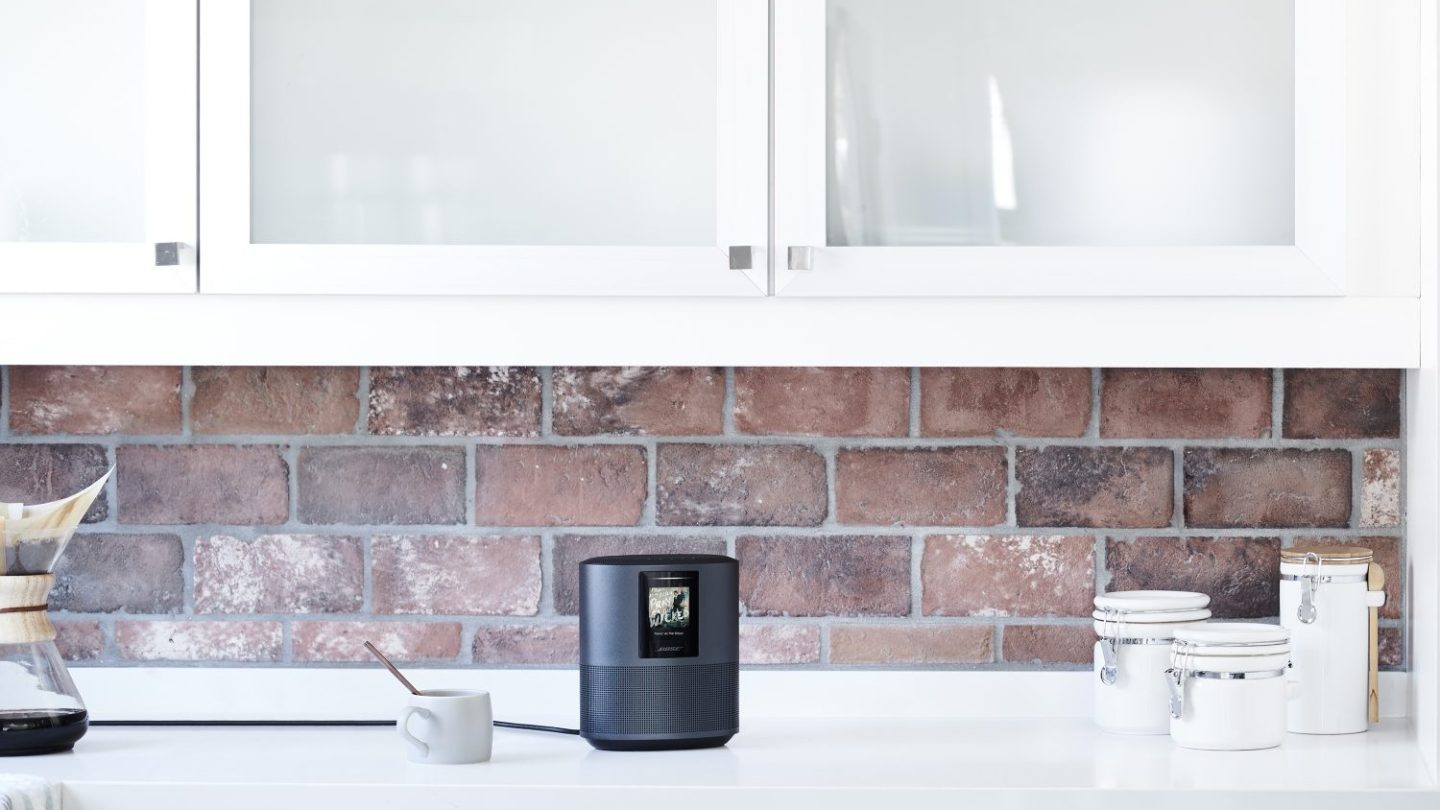 When Apple launched its HomePod smart speaker early this year, it did so into a vacuum. While there were a ton of smart speakers already on the market, there were few that cost upwards of $349; virtually none of those had the kind of chic trash-can aesthetic that Apple had designed, less like a traditional speaker and more like something you want to keep on your kitchen counter.

A handful more smart-ish speakers have launched since February — or, more accurately, a handful more speaker companies have started shoehorning virtual assistants into their existing devices — and now Bose, one of the biggest names in high-end home speakers, has launched its HomePod competitor.

The first thing you will notice, because there’s zero possibility you can miss it, is that it looks weird. The HomePod isn’t necessarily to everyone’s tastes, but it’s difficult to imagine that the Bose Home Speaker 500 really appeals to anyone’s tastes. It’s objectively well-designed, with a high-end anodized aluminum casing that, knowing Bose, probably provides an excellent cabinet for the speakers. According to the company, it has the “widest soundstage of any smart speaker available today,” thanks to a pair of drivers pointed in opposite directions to reflect sound off the walls. That sounds similar to what Apple promised the HomePod can do, although perhaps with less algorithmic trickery.

In terms of smarts, the Home Speaker 500 comes with Alexa built in, and promise of “other voice assistants to follow,” which we assume means the Google Assistant. It has Wi-Fi and Bluetooth connectivity for wireless streaming, although it’s not clear what protocol will be used for the Wi-Fi streaming at first; it’s only going to get AirPlay 2 connectivity sometime in 2019.

One of the big difference-makers Bose is touting is its proprietary microphone technology, which is bundled into the Home Speaker 500. Bose says it features a “custom-designed eight-microphone array precisely positioned for accurate near-field and far-field voice pickup,” which is on par with what other smart speakers use. However. Bose famously has the best noise-cancellation you can buy in a pair of headphones, which relies on good microphones and clever algorithms. Bose is counting on that same technology to make voice control even better and more accurate, which could be a real game-changer.