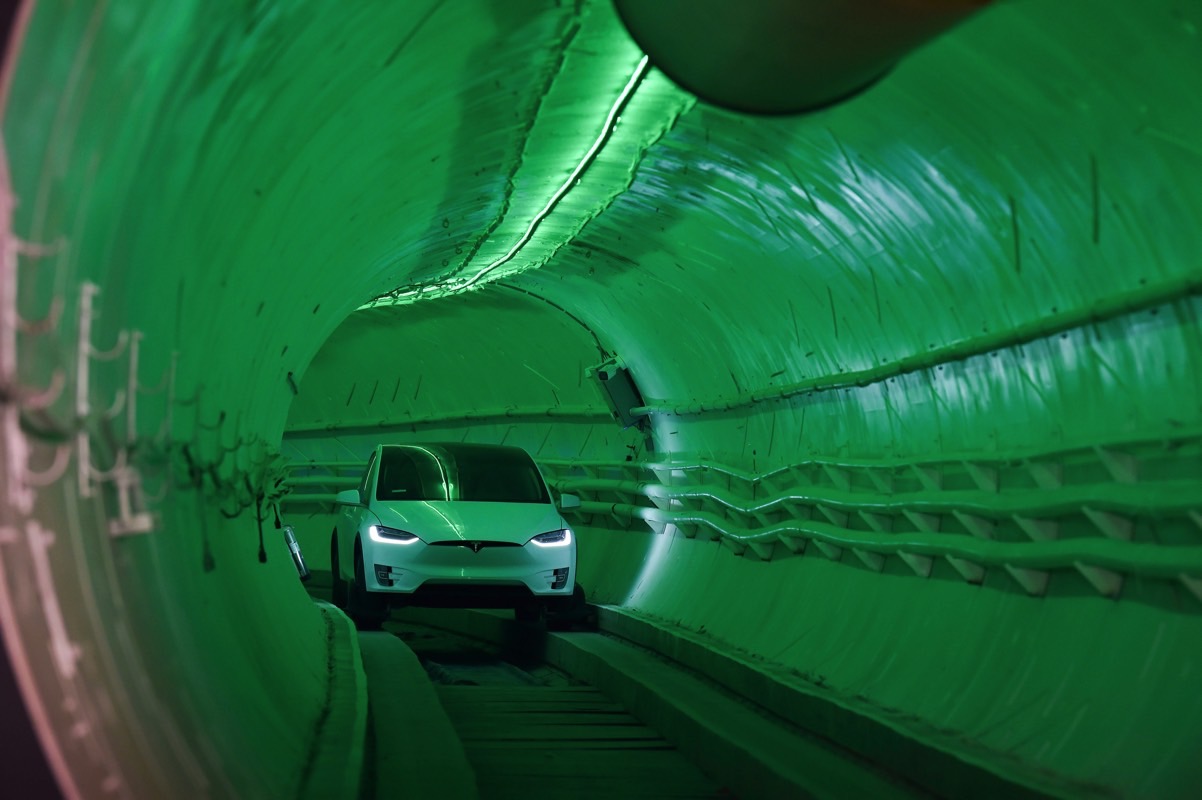 In addition to Tesla and SpaceX, Elon Musk founded The Boring Company, which is looking into ways to make public transportation faster than it currently is. Just recently, The Boring Company finished its 1.14-mile test tunnel in Hawthorne, so Musk invited folks from the media to test out the tunnel in a Tesla Model X.

The test tunnel runs 20 to 40 feet beneath the streets of Hawthorne, Califonia, LA Times reports, “through a neighborhood sandwiched between the 105 Freeway and Hawthorne Municipal Airport.” The tunnel took 18 months to build and cost $10 million, a figure that doesn’t include research and development or equipment.

Several videos, including clips from Boring Co., were posted online showing how a ride would look like inside these tunnels:

The test car was a regular Tesla Model X that reached a top speed of 53 mph, not a modified “but fully autonomous” vehicle, as Musk had promised. A professional driver who drove in the Indianapolis 500 was behind the wheel during the demos. The plan for this particular type of transportation doesn’t involve a Hyperloop train. Instead, cars would be driving themselves at speeds of 150 mph, but we’re far from reaching such speeds.

Elon Musk invited us in for a peek at his Hawthorne Tunnel tonight. Here's what a ride looks like: pic.twitter.com/olJ0pXjsnn

The trip took about two minutes, with the car going over “two molded concrete shelves along the wall, which were so uneven in places that it felt like riding on a dirt road.” Getting into and out of the tunnel requires an elevator.

“We kind of ran out of time,” Musk said, explaining the roughness of the prototype tunnel. “The bumpiness will not be there down the road. It will be as smooth as glass. This is just a prototype. That’s why it’s just a little rough around the edges.”

And another view of a ride in Elon Musk's Hawthorne Tunnel: pic.twitter.com/4ICr6u1bVy

While the tunnels will only work with autonomous vehicles, Musk said other vehicles would be supported — not just Teslas. He also added that vehicles for people on foot or with bicycles would be part of the system.  Musk wants to make these tunnels as affordable as possible, and have a system in place in time for the 2028 Los Angeles Olympic Games.

The cars will be fitted with special guide wheels that can be attached to the front tires, so the journey is as smooth and steady as possible. These horizontal wheels would fold underneath the carriage when not in use and would cost $200 to $300.