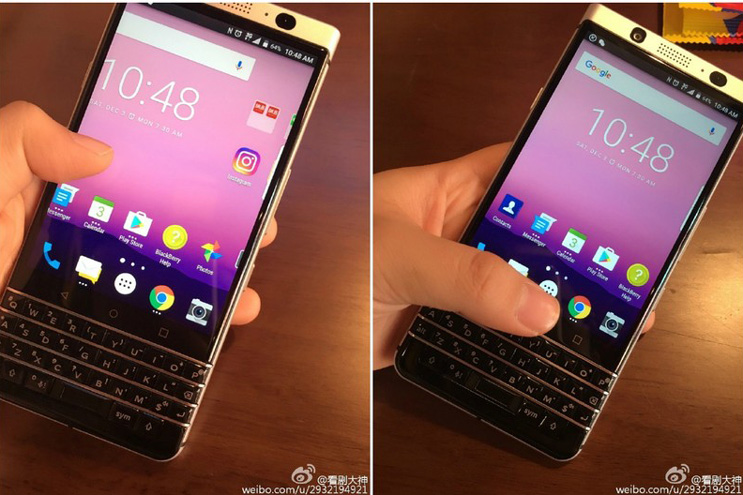 You’ve really got to hand it to BlackBerry; years of brutal sales and a long history of bad timing and big missteps aside, the company is still holding firm to its belief that the world needs physical keyboards on smartphones. The latest example of this undying drive is these newly leaked photos that purportedly show the company’s last in-house QWERTY device, codenamed BlackBerry Mercury, alive and well.

We’ve been hearing whispers about the Mercury since July, with reports pointing to a middle-of-the-road device with a full physical keyboard and touchscreen. The images that just popped up on Weibo seem to line up perfectly with those reports, and the device is clearly running Android as well, though it’s difficult to tell which version of the OS it actually is.

However, as somewhat convincing as the images are, CrackBerry points out that the individual who posted the photos has no history of prior leaks and very little in the way of credibility. The photos have also since been deleted from the account in question, so it’s easily possible that the images are completely fake.

That being said, the original rumors of BlackBerry’s three next phones including Mercury were sourced by Evan Blass, who has a solid reputation for leaks, and the device in the photos matches the overall description. So even if the phone in the photos isn’t the final product, it’s probably going to look a lot like it whenever BlackBerry gets around to releasing it.

Perhaps the bigger question here is whether or not enough keyboard purists exist to keep a QWERTY smartphone alive to begin with. We’ll likely know sooner rather than later.