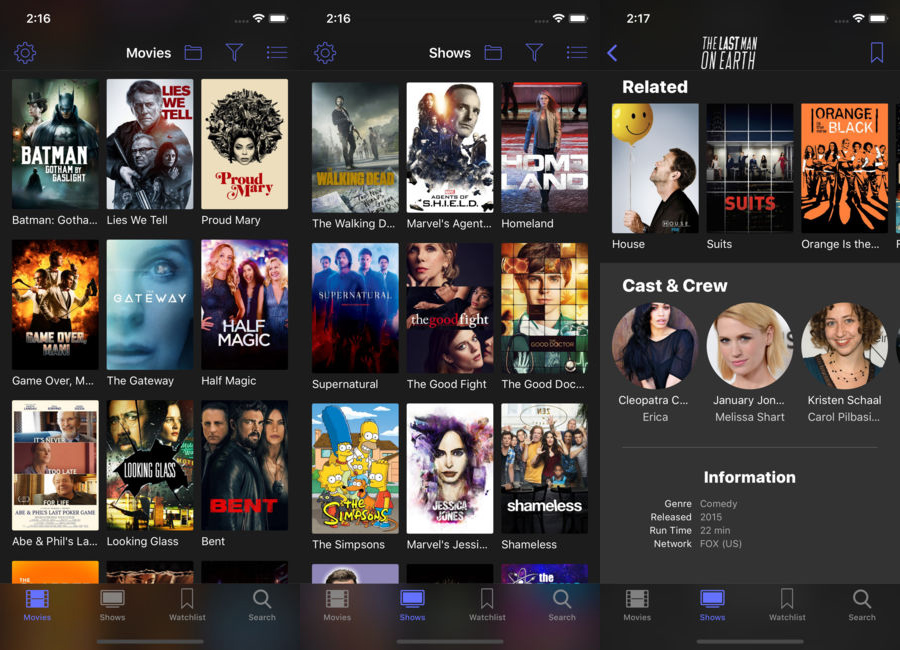 Nobody is perfect. People make mistakes. And whoever was in charge of reviewing The Movie DB app at Apple just made a pretty huge mistake. Oops!

Apple has loosened its App Store policies a great deal over the years, but there are still plenty of things developers aren’t allowed to do if they want their iPhone and iPad apps distributed by Apple. For example, they can’t include pornography in their apps, and they certainly can’t provide users with a means to download stolen content. Unfortunately for Apple — but quite fortunately for iPhone and iPad users who don’t mind stealing movies and TV shows — someone on the app review team was asleep at the wheel earlier this month, because they decided to approve an app that has been dubbed the “Netflix for pirates.”

Remember Popcorn Time? It was (and still is) a brilliant BitTorrent client that made watching pirated movies and TV shows as easy and enjoyable as watching something on Netflix. Rather than having to use a clunky BitTorrent client to download files and then a separate program on your computer to watch them, Popcorn Time provides a single interface to search, download, play, and even stream movies and shows. It’s still wrong and it’s still stealing, but it really is beautiful.

After a long period of cat and mouse, Popcorn Time ended up going open source and a number of other apps used Popcorn Time’s code to provide the same experience. One such app is The Movie DB, which — incredibly — has been available on the iOS App Store since April 5th and has received three updates so far. Now that we’re letting the cat out of the bag, however, we have a feeling it won’t be around for much longer.

It’s not a straight copy of the Popcorn Time code, as noted in the thread on Reddit that led us to the app. In fact, one user on Reddit claims it’s actually his or her fork of the Popcorn Time app, which fixes a number of key issues. The app works though, and it works quite well, so those of you who hurry will be able to download it on your iPhones and iPads until Apple catches wind of this post and kills the app.

Below, you’ll find the full description from the App Store, followed by a link to download it.

The Movie DB is a community built movie and TV database.
– Nothing to watch? The Movie DB is the answer. We bring you amazing movies, freshly handpicked for you every day.
– Whether you’re into cult classics or summer blockbusters, we have you covered. Swipe through movies in our collections, watch HD trailers, and save the ones you like to your watchlist to enjoy later.
– Discover Now Playing Movies & TV Shows
– Browse upcoming movies, recommendations, Cast & Crew, read movie synopsis and watch the latest movie trailers
– Stay updated with the latest news and reviews from IMDB