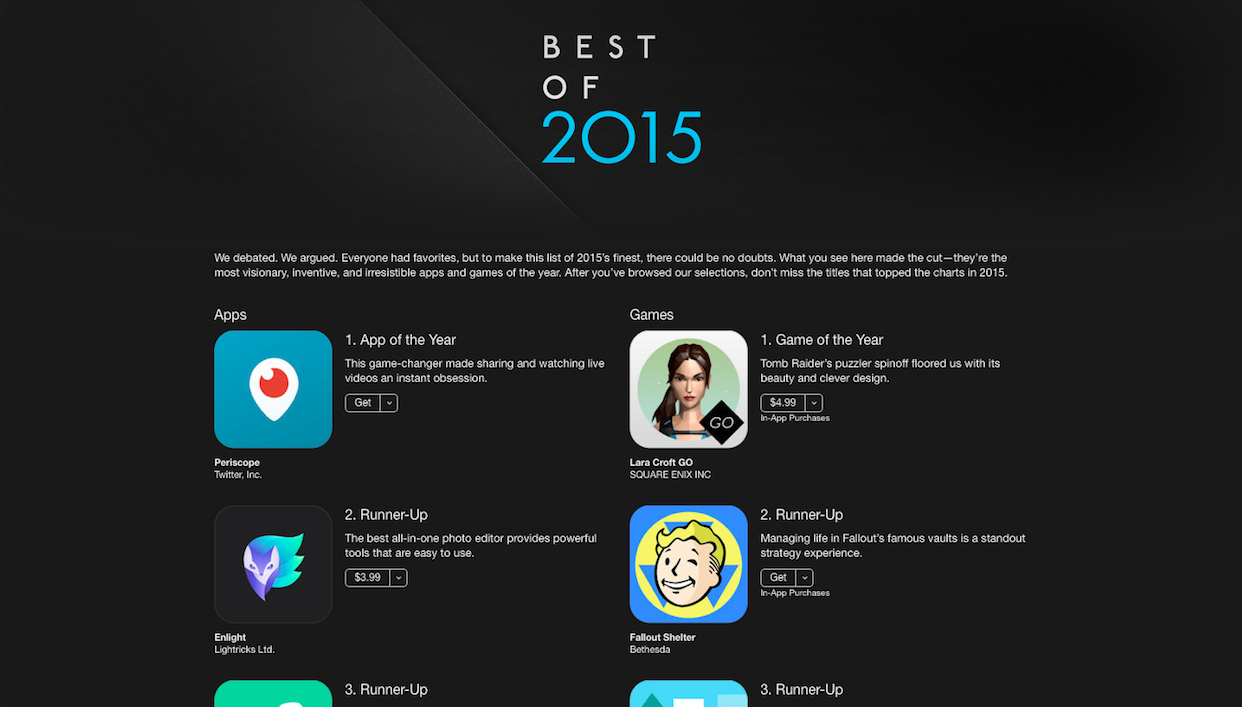 Below, we’ve compiled a list of the top apps for each of Apple’s platforms: iPhone, iPad, and Apple Watch. It was a pretty great year for apps and games on the App Store.