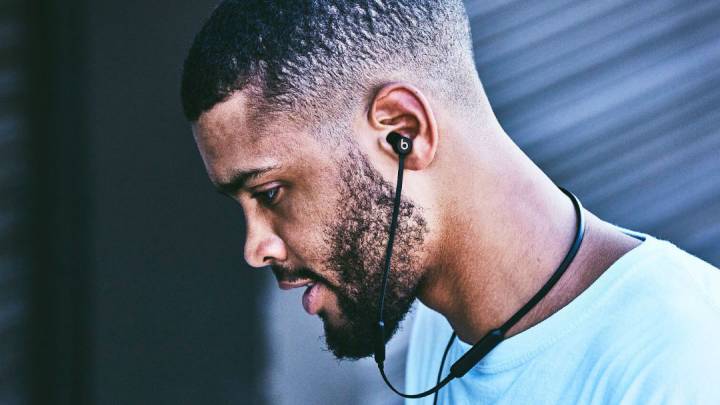 Last night, there were only three pairs of headphones on the planet equipped with Apple’s W1 wireless chip. The most talked-about W1 headphones are obviously Apple’s truly wireless earbuds, the AirPods, which are still next to impossible to find unless you’re willing to pay a premium. Then you had the Powerbeats3 wireless earbuds and the Beats Solo3 wireless over-ear headphones, both of which are widely available for purchase. As of Friday morning, however, Apple has added a fourth option for wireless headphones equipped with the W1 chip: After a long wait, Apple’s new BeatsX earbuds are finally available for sale online and in Apple stores.

Apple seems to be having a bunch of trouble with its wireless headphones these days. The company’s manufacturing partners still can’t manage to build anywhere close to enough supply to meet AirPods demand, and the launch itself was delayed by about two months last year. Then the new BeatsX launch was behind schedule as well, leaving people wondering if they were ever going to be able to get their hands on these new wireless earbuds from Apple’s Beats by Dr. Dre brand.

As the company noted earlier this week, however, BeatsX earbuds are finally available for purchase. They come in four different colors — gray, white, blue and black — and as of the time of this writing, both the white and the black BeatsX models were available to ship immediately. New orders placed for the gray or blue models had an estimated delivery date of February 22nd at the earliest, at the time this post was written.

The BeatsX wireless earbuds sell for $149.95, which is $50 less expensive than the Powerbeats3 (although the Powerbeats3 earbuds are on sale for $50 off on Amazon right now). Early reviews suggest that the new BeatsX earbuds have impressive sound quality that is in line with the AirPods, but perhaps a touch more bass-heavy. This is the result of a more secure fit in the ear canal, which provides better sound isolation and therefore stronger bass. As we noted in our earlier AirPods coverage, the AirPods offer terrific sound quality and impressive bass, but it’s difficult to keep a good seal in the ear since they’re made out of smooth plastic.