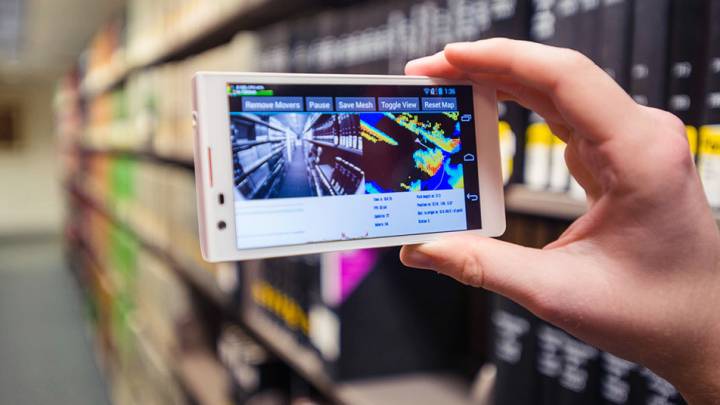 Apple’s big WWDC 2016 keynote stole the spotlight on Monday but now that the dust has settled a bit, we can shift focus to something even more exciting. That’s right… Apple’s new iOS 10 software is a huge step forward for the iPhone and iPad, but it doesn’t really pack much in the way of innovative new features. Now, if you want to check out something truly innovative, we’ve got just the thing.

MUST SEE: OnePlus 3 review: A ‘flagship killer’ that really kills other flagships

For my money, Microsoft’s HoloLens is easily one of the most exciting pieces of consumer electronics set to be released in the near future. One look at this video and there’s just no way to avoid having your interest piqued. Even more so than virtual reality, augmented reality has the potential to reshape the way we interact with computers.

While augmented reality isn’t quite as cool on a smartphone as it is on a head-mounted rig, it’s still pretty awesome.

Last week, the world was introduced to what will soon be the first commercially available smartphone that offers a Google Tango experience. Formerly known as Project Tango, the tech offers an enhanced and more fluid augmented reality experience on smartphones and tablets. There are plenty of augmented reality apps out there for iOS, Android and other platforms, but they don’t quite offer the same caliber experience as Tango-equipped devices.

There was a bunch of buzz surrounding Tango when the Lenovo PHAB 2 Pro was unveiled, and you can check out our hands on right here. But Google released a trio of new Tango demo videos at the time that many people likely missed, and they will give you a good idea of just some of the possibilities of AR on mobile devices like smartphones.