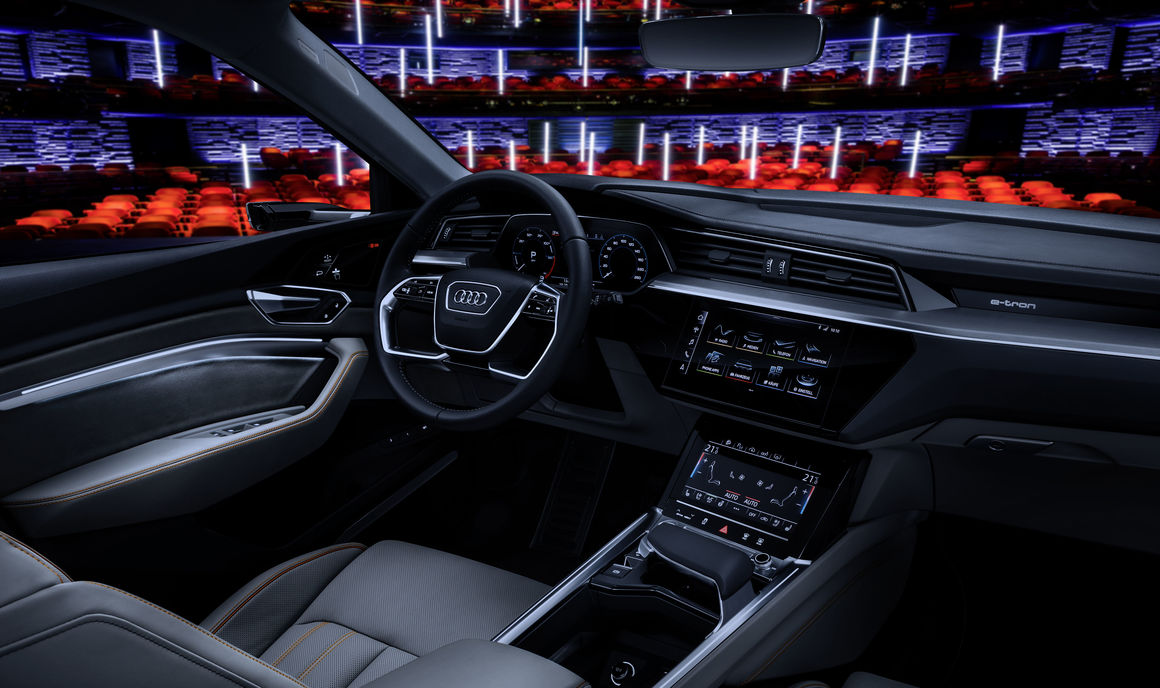 If we go back a few years, you might recall that early prototypes of Tesla’s Model X featured a design without traditional side view mirrors. Instead, the car featured a pair of side-mounted video cameras that enabled drivers to more readily take stock of the traffic behind them. As an added bonus, the cameras were more aerodynamic than a clunky side view mirror, a fact which enabled the Model X to eek out a little bit more range on every trip.

Tesla ultimately scrapped the aforementioned design due to regulatory considerations, but Audi is looking to pick up where Tesla left off. Over the weekend, Audi posted a new video of its e-Tron prototype which, like the Model X prototype before it, incorporates video cameras instead of side view mirrors. Footage from the cameras is transmitted directly to 7-inch displays conveniently located above the car’s door handles.

A video which demos how such a feature will look and operate can be viewed below. Notably, Audi boasts that the e-tron will be the “first volume-production car with virtual exterior mirrors.” While an actual release date is likely still a few years away, Audi is apparently confident that this specific design choice won’t be scrapped before production.

An Audi press release touting the benefits of virtual side mirrors reads in part:

The virtual exterior mirrors not only provide a new technology experience, but also many practical benefits in terms of comfort and safety. Their flat support integrates a small camera whose image is digitally processed and shown on high-contrast 7-inch OLED displays in the interior. The driver can enter different settings using the touchscreen function. The image detail can be moved, providing the required field of vision, while the user can also zoom in and out of the image. The driver can choose from three views in the MMI system for different situations – for highway driving, for turning and for parking.

The photo below provides a nice perspective on what the final design will likely look like. 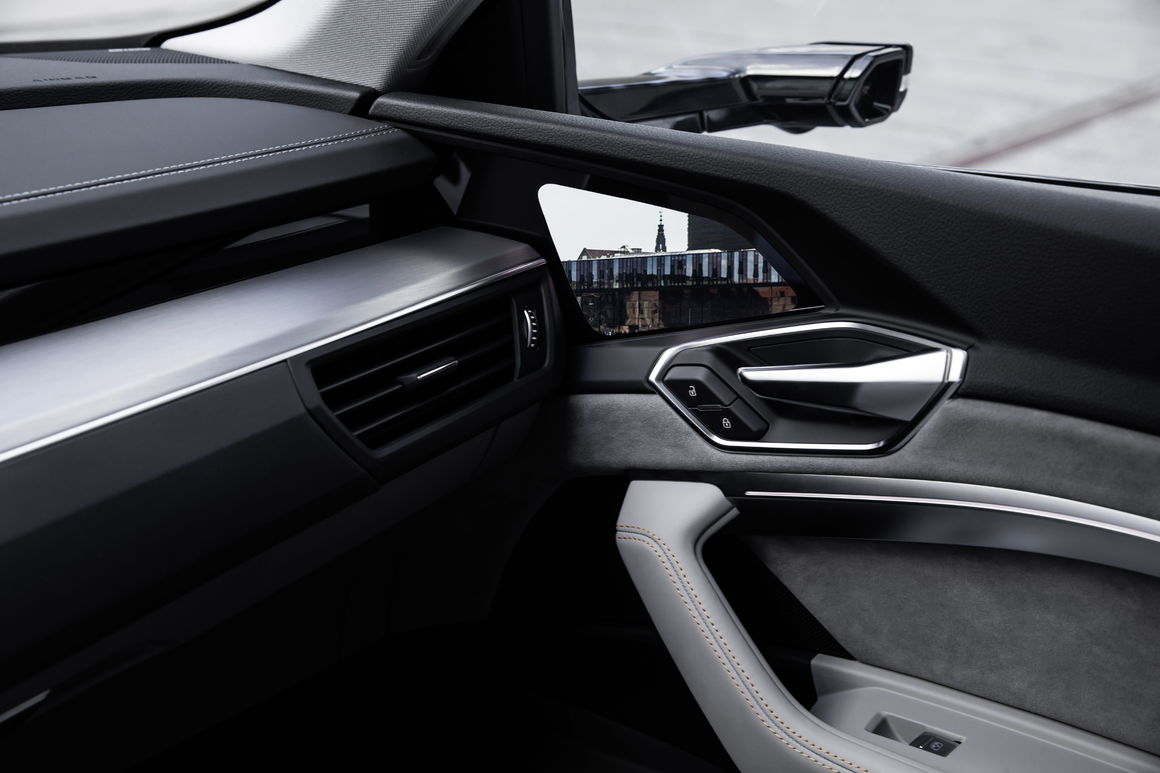