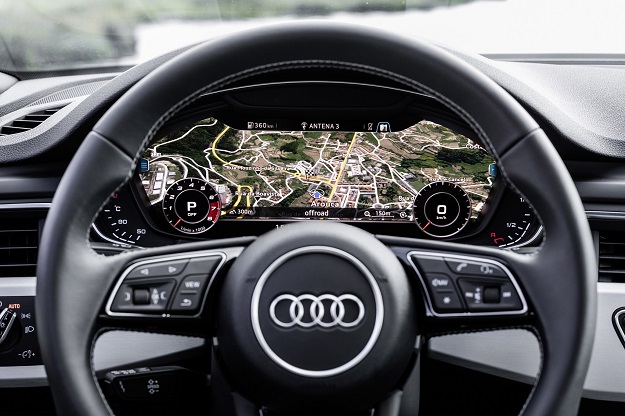 The success Tesla continues to enjoy with the Model S has prompted a number of big name auto companies to follow suit with plans to release luxury EVs of their own. Most notably, Porsche over the past few months has boasted that its upcoming Mission E – set for release in 2020 – will be a 600 horsepower beast of a car with 310 miles of range on a single charge.

Also interested in joining the luxury EV party is Audi. According to a recent report from Autocar, Audi CEO Rupert Stadler recently gave the green-light for the company  to develop and release a car set to go head to head with Tesla’s Model S.

Said to be called the Audi A9 e-tron, Audi’s rumored EV will reportedly sport a range of 311 miles and will feature fully autonomous driving technologies. Much like the aforementioned Mission E, Audi is aiming to have its A9 e-tron EV on the road by 2020.

Of particular interest is that Audi’s rumored EV will likely sport three separate electric motors, with one in the front and two in the back. According to Audi R&D chief Stefan Knirsch, Audi’s drivetrain implementation will enable it to utilize power more efficiently.

“You’ll see significant differences in the torque vectoring, the four-wheel drive set-up and the power electronic packages,” Knirsch said in an interview.

The starting point for the new Audi is the EV platform showcased by the e-tron quattro concept at last year’s Frankfurt motor show. The predominantly aluminium structure differs in design from the one being developed by VW Group sister company Porsche for the production version of its Mission E concept car, which is also due to go on sale by the end of the decade.

One of the more intriguing aspects of Audi’s rumored EV plans center on a wireless inductive charging capability (via a charging pad the car would be parked on) that would provide the A9 e-tron with, we would estimate, more than 30 miles or range every hour.

Other technical details of note include a top speed of 131 MPH and a 0-60 speed of around 4.6 seconds.