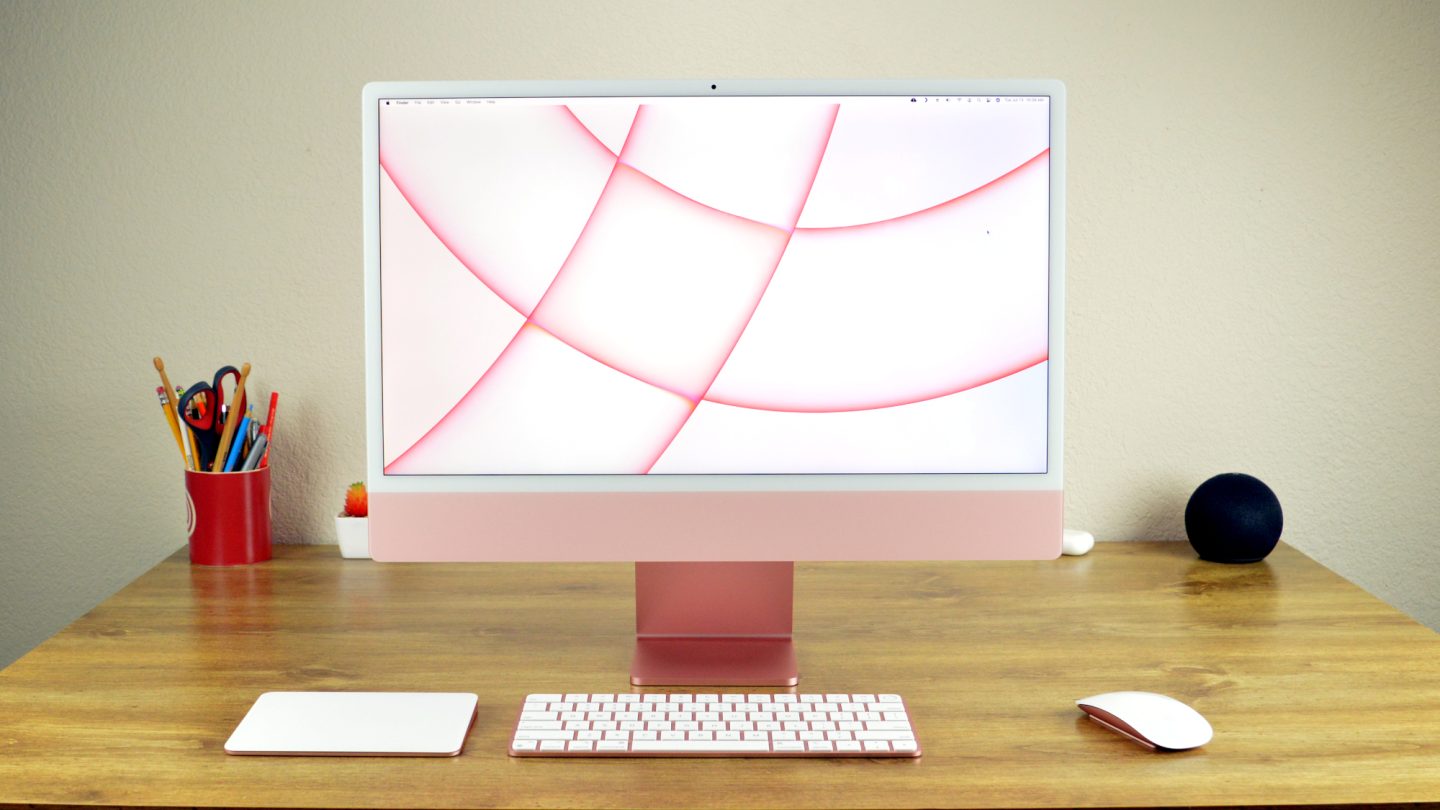 If new patent details are any indication, Apple might be paving the way for a major redesign of the iMac — one that effectively transforms the iconic desktop computer into a display embedded in a single sheet of glass.

According to the details in Apple’s patent (titled “Electronic Device with Glass Housing Member”), the idea calls for essentially refashioning the iMac as a single glass sheet. The flat portion would house the display, and then a lower part that’s curved is meant to rest on a desk. The patent also proposes adjustability of the curved portion of the iMac. So that flattening it, for example, could more easily facilitate packing the display to move it somewhere.

This news follows an overhaul that Apple implemented for the 2021 iMac 24-inch, which brought color back, offered a new design, and added Apple’s own M1 chip that’s already in the the MacBook Air and Mac Mini before it. And, the iMac got all-new accessories that not only match the design, but add some extra functionality.

As we noted in our review of this particular iteration of the iMac, the design language this time around includes a 24-inch display on the front surrounded by white bezels. With a relatively large chin at the bottom. There are also tons of fun colors on offer, ranging from pink to green, yellow, red, purple, blue, and silver.

As for the design patent hinting at an overhauled iMac, meanwhile, there’s something else design-wise that must also be noted.

Apple is now finally and completely in its post-Jony Ive phase. Apple’s influential design leader, who was also late cofounder Steve Jobs’ closest confidante at the company, left the iPhone maker back in 2019. The man known for his often-whimsical, often-minimal design touches that led to things like candy-colored Macs went on to open his own design consultancy.

The premise was that, among other clients, Ive and Apple would continue working together long into the future. However, that contractural arrangement has now ended.

Apple will reveal more details about the Mac line in general, by the way, later this week. The company reports its next round of quarterly earnings on Thursday, July 28.

This report will cover the three-month period between April and June of this year. Last quarter, as a reminder, Apple reported revenue of more than $97 billion. That was up 9 percent from the year-ago period. Moreover, the compny’s profit for the quarter hit $25 billion. And all product segments minus the iPad reported growth compared to the same period in 2021.