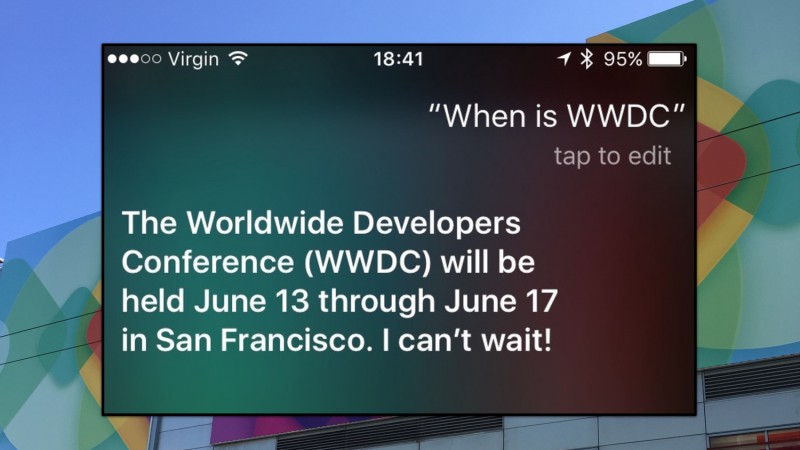 We all know Apple’s big annual developers’ conference typically takes place in June but it seems that Siri is now giving us the official dates. 9to5Mac notices that if you ask Siri to tell you when WWDC 2016 is, it will respond by informing you that this year’s conference will kick off in San Francisco starting on Monday, June 13th and will wrap off on Friday, June 17th. Apple hasn’t sent out any official invites for the show yet, however, so it looks like Siri’s “announcement” of the show’s official dates might be premature.

MUST READ: The cheapest way you can drive a Tesla right now

As for what we’ll actually see at WWDC 2016, we’re sure the highlight will be the unveiling of iOS 10, as well as a new version of OS X that may be re-branded as “MacOS.” There will also likely be updates to Apple’s tvOS and WatchOS, though we doubt Apple is going to take the wraps off any new hardware at the event.

At any rate, this is the first time we can recall the Siri has preemptively spilled the beans about when WWDC will take place, which suggests that Apple’s voice-enabled person assistant could be a featured role at this year’s conference.