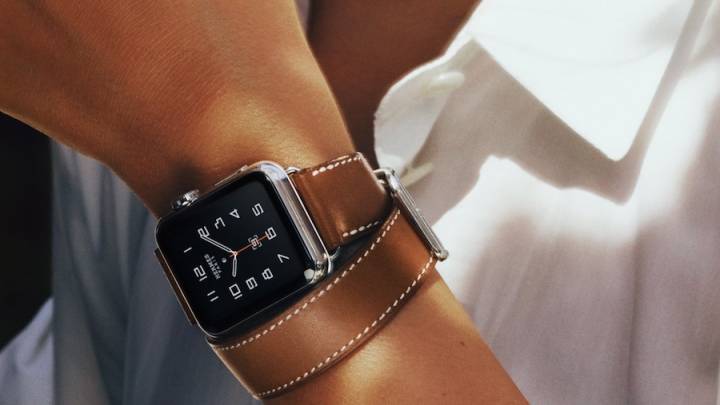 Ahead of Apple’s annual event next week that will include a showcase of new products like iPhones, watches and more, a new patent for Apple Watch has been found that’s leading to speculation Apple is working on bringing an always-on mode to its popular wearable.

Apple’s patent seeks to address how vulnerable OLED screens are to burn-in, and as 9to5Mac notes Apple’s method involves artificially adjusting the brightness and colors of particular areas of the screen. “And the specific thing Apple wants to patent is an efficient method of storing the usage data needed to achieve this.”

This Reddit thread goes deeper on that fact — of Apple working on a burn-in solution for Apple Watch — and wonders whether it’s a logical step toward an “always-on” display, which has been a popular requested feature. Some comments from that thread:

“Burn in solution = always on display mode perhaps? I’ve read loads of people who want it on here. I’d go as far as saying it’s the no. 1 requested feature (from what i’ve read in posts etc).”

Another: “If you’ve worn a normal watch for any length of time you’ll realize why people are clamouring for an always-on display. It might not seem like a big deal but in practice it’s so much more convenient to look down and always have the time visible.”

And another: “It would be so cool if it shows only the clock hands when facing away and then complications only show when the display would normally turn on now.”

One more: “The Series 3 lasts for three days, so they’ve worked up some flexibility with battery life.”

9to5Mac’s report today points out two challenges to any such always-on display. Its effect on battery life, which some smartwatches address by switching to a dim grayscale mode to show the time when you’re not actively using the watch. (Apple Watch, of course, already has a low-power time display). And then there’s the burn-in problem, which gets back to Apple’s patent.

Perhaps we’ll get some clarity around this next week, at Apple’s big iPhone XS event that’s also reportedly set to include the unveiling of a major Apple Watch redesign. It will include a bigger screen apparently thanks to a smaller bezel, plus new complications packed onto that now-bigger screen. The possibility of a new microphone and a modified digital crown and side button may also be part of the Sept. 12 event.