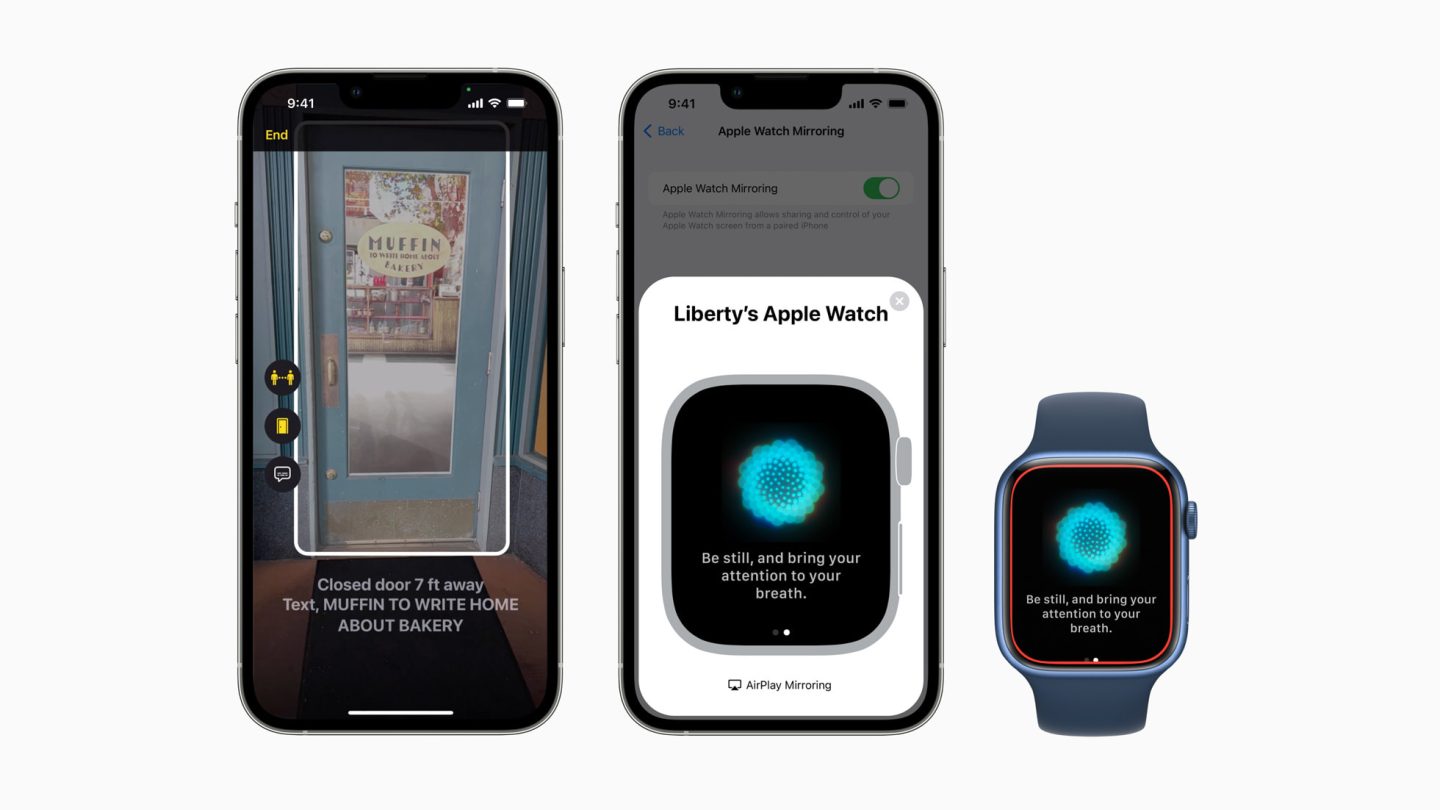 Thursday, May 19 is Global Accessibility Awareness Day. In honor of the upcoming event, Apple has shared details about several accessibility features for iOS, Mac, and iPad coming later this year. Some of the features will also be available on the Apple Watch, too.

The company says the new options are designed to help users with disabilities “navigate, connect, and get the most out of Apple products.”

Apple developed these new accessibility features using advances in its hardware and software, and with machine learning. Chief among the features is Door Detection, a new option that allows your device to detect doorways.

Apple says the new feature will be useful for users who are blind or with low vision. It can detect doorways using your iPhone and iPad, allowing you to navigate to the door more easily. Additionally, Apple has upgraded accessibility features for iOS, Mac, and iPad, including Voice Control and Switch Control.

Now, users can fully control their Apple Watch from their iPhone thanks to Apple Watch Mirroring. The system looks to completely mirror the Apple Watch display on your iPhone. This should make it easier for users to interact with their Apple Watch, which has a much smaller display screen.

Other useful updates include expanded support for Apple’s screen reader, VoiceOver. The feature will now offer 20 new languages and locales, giving users who rely on languages outside of English more usefulness from the option. Apple is also introducing Live Captions on the iPhone, iPad, and Mac.

On top of bringing huge features like Door Detection with the latest found of accessibility features for iOS, Mac, and iPad, Apple also detailed some other changes, too. Soon users will be able to take advantage of Buddy Controller, which allows you to ask a care provider or friend to help you play a game.

Another new accessibility feature for iOS, Mac, and iPad is Siri Pause Time. This feature can adjust how long Siri waits before responding to a request that the person made. Voice Control Spelling Mode will give you the option to dictate custom spellings with a letter-by-letter input.

Apple is also updating Sound Recognition to help you determine when sounds like home alarms, doorbells, and appliances make noise. Finally, the Apple Books app will offer a slew of new themes. You’ll also be able to customize your text options and adjust the lines, characters, and word spacing. This should make reading with Apple Books even more accessible.

Looking for more Apple news? Check out our iPhone 13 and iPhone 14 hubs for more.