In celebration of World Emoji Day, Apple this week announced that it will be adding over 70 new emoji characters to iPhone, iPad, Apple Watch, and Mac in a free software update later this year. As expected, these emoji designs were created based on approved Unicode 11.0 characters, which we shared earlier this year.

Representation is the name of the game this year, as Apple is including tons of new hair options on their human emoji characters, including red hair, gray hair, curly hair, and even one for bald people. There will also be a ton of new ways to express yourself with smileys like the cold face, party face, pleading face, and face with hearts. And it’s good that the cold face isn’t coming until this fall, because I certainly won’t make use of it this summer.

Other emoji additions include male and female superhero emoji, a softball, an infinity symbol, and a nazar amulet. Apple will also continue to build on its collection of animals and food items, with a kangaroo, peacock, parrot and lobster hitting this fall, alongside mango, lettuce, cupcake, and moon cake. Check them all out below: 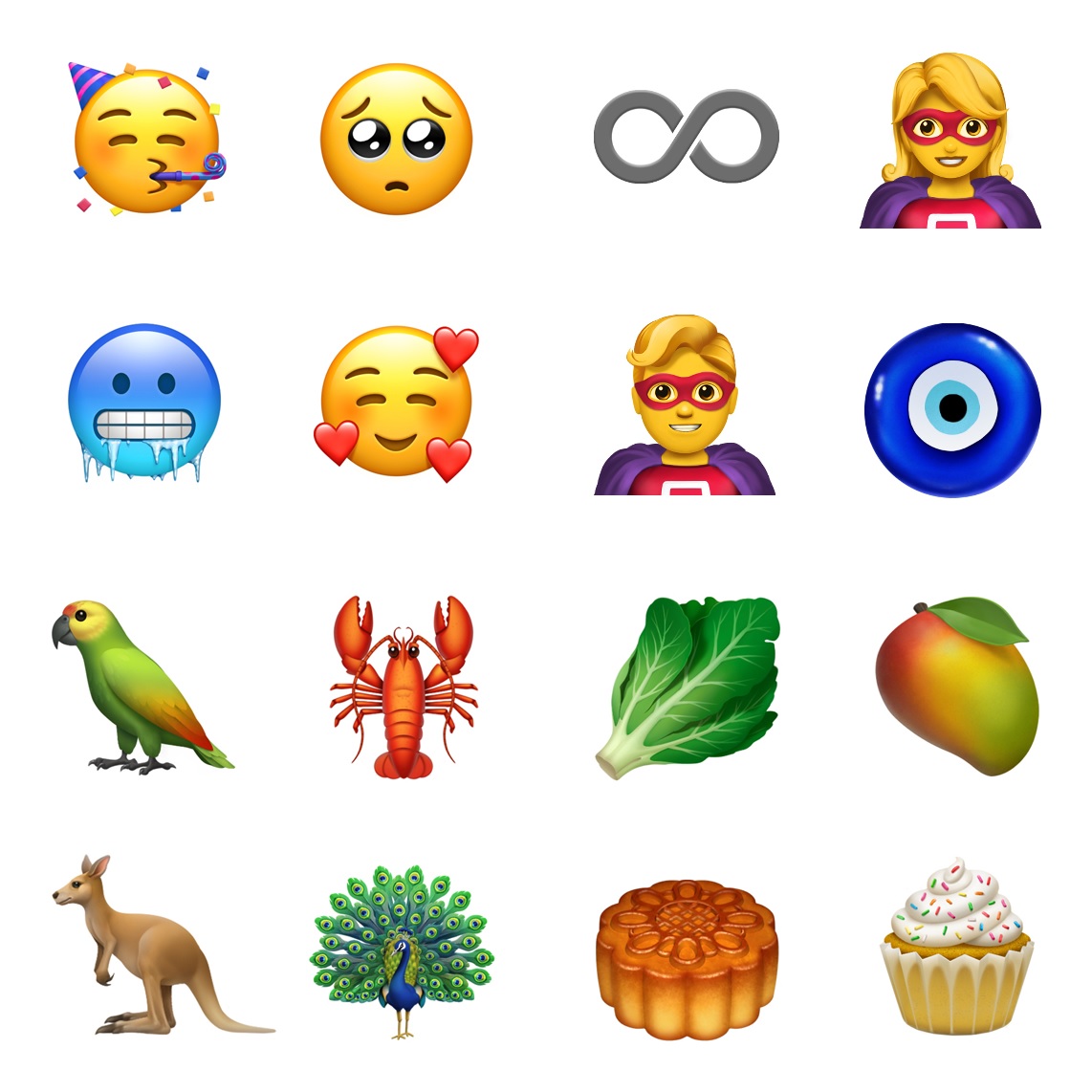 “Thousands of emoji are currently available on iOS, watchOS and macOS, including emotive smiley faces, gender-neutral characters, various clothing options, food types, animals, mythical creatures and more,” Apple says on its site. And keep in mind that these are just some of the 70+ emoji characters that will be added to the list of thousands this fall. Apple is expected to debut iOS 12 at its next iPhone unveiling in September.