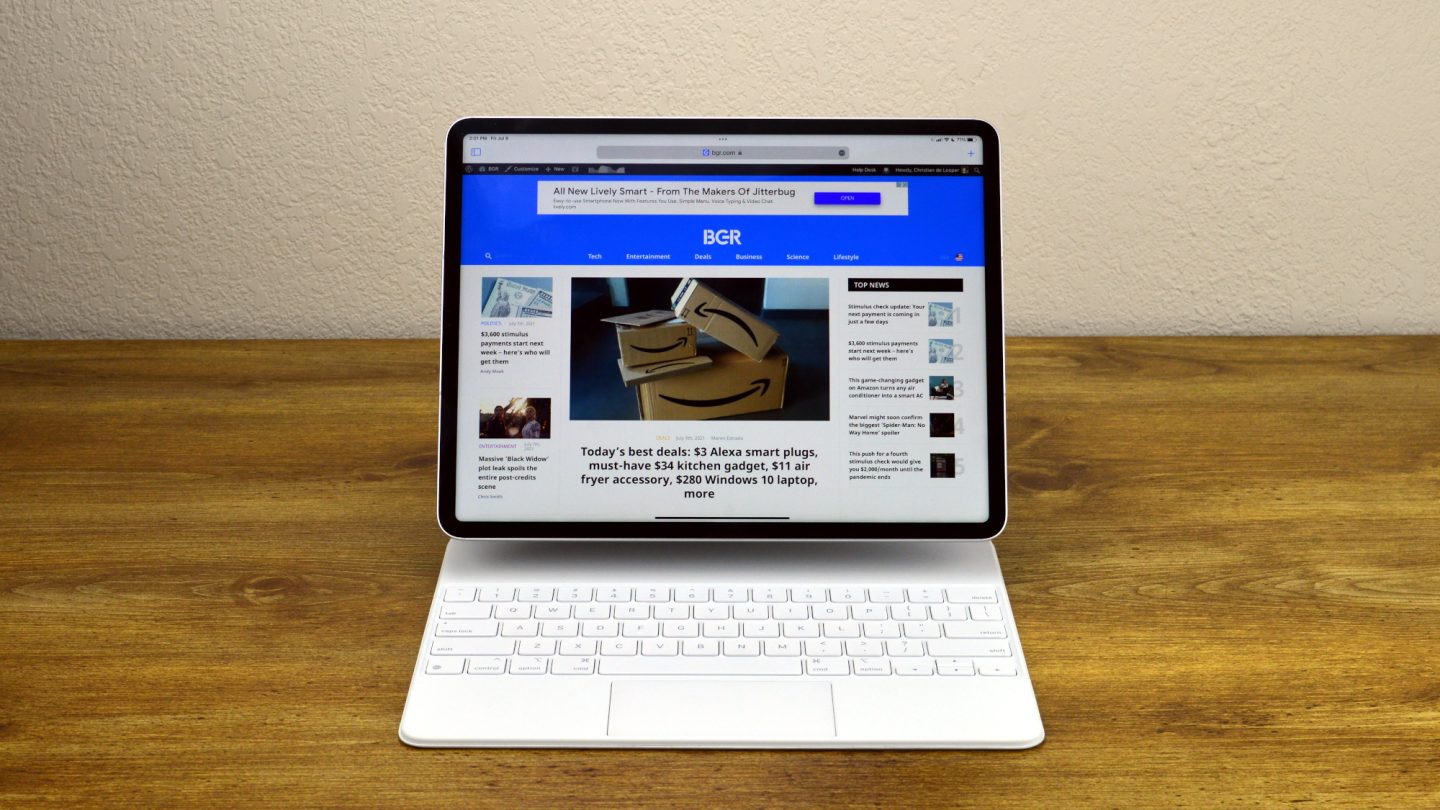 A few years, Apple signaled that it was ready to take the software experience on the iPad a little more seriously, by splitting iOS and the newly named iPadOS. The idea was that the iPad would become a little more productive, and a little better at using that extra screen real estate. And that continues to be true in the new iPadOS 15, which is now widely available.

No, Apple didn’t bring macOS to the iPad after launching an M1 iPad Pro earlier this year. But honestly, not many actually expected the company to do so. Still, iPadOS is getting a little better at multitasking, is adopting iOS’ widgets, and more.

iPadOS 15 is now widely available, meaning that anyone can download and install it. Want to find out more? Here’s everything you need to know about Apple’s iPadOS 15.

The best new features in iPadOS

Apple’s iPadOS gets a ton of awesome new features, but it’s important to note that many of the new features are updates to services rather than iPadOS. For example, the updates to FaceTime and Apple Maps, for example, will be available on iOS, iPadOS, and macOS. Also, some of these features have been pushed to later releases, like iPadOS 15.1 and iPadOS 15.2.

In any case, here’s a rundown of the new features coming to iPadOS 15.

Perhaps one of the biggest updates in iPadOS 15 is coming to Safari. If you use your iPad for productivity, this could impact you a lot. Like on the Mac, Safari is getting a new, streamlined tab bar at the top, which doubles as a search bar. The idea is that it takes up less space on the display.

Safari also supports Safari’s new Tab Groups, which allow users to save tabs in folders, and open them all at the same time. Tab Groups sync across the iPad, iPhone, and Mac.

Last but not least, iPadOS 15 will support Apple’s Intelligent Tracking Prevention, which stops trackers from using your IP address to profile you.

This one’s a bit of a catch up to iOS. Last year, Apple introduced new, redesigned widgets that could be placed anywhere on the Home Screen. But the feature was strangely missing from iPadOS, only appearing on iOS. Now, the feature is finally coming to iPadOS. Widgets will stay on the home screen whether you’re in portrait or landscape orientation.

Another catch-up feature to iOS is the addition of the App Library. Unlike on iOS, however, you don’t have to swipe to the right-most Home Screen to access it — instead, you’ll get access to an App Library button right in the dock. That means that you can quickly and easily access it for multitasking.

Like on iOS and macOS, iPadOS 15 brings support for Apple’s new Focus system. Focus allows you to set which notifications can make it through to you, depending on what you’re doing. For example, you could have a “Work” focus, which only lets through emails from your work email address, and messages on Slack.

Your devices will intelligently recommend Focuses to users, based on their activity. And, the system will integrate with iMessage — so friends and family will see when you won’t immediately get one of their messages, and can choose to notify you anyway, if something is urgent.

Focuses sync across all of your Apple devices, so when you move from your iPad to your Mac, you’ll still get the benefit of them.

FaceTime is getting a series of updates, across all of its platforms. FaceTime now supports Spatial Audio, meaning that chatting with friends and family will see a little more natural, and spaced around you. The service now supports a Portrait Mode for blurring your background. And, it supports FaceTime Links to share and schedule video chats.

iPadOS 15 isn’t bringing windowed apps, but it does offer some great new multitasking features that should help with productivity on the device. For starters, iPadOS 15 brings a new multitasking menu at the top of every app. That allows users to quickly enter full screen, center window, Slide Over, or Split View, easily. And, there’s a new multi-window shelf that lets users quickly and easily switch between the windows of an app.

The app switcher now also shows Slide Over apps. So you can quickly and easily put apps into Slide Over, and manage the apps that are accessible.

Notes is getting a few new features that should make it easier to jot down ideas as you go. The headline feature here is Quick Notes, which users can create by swiping up from the corner of the display with an Apple Pencil.

Notes can also now be tagged, making them easier to search through, and there’s a new Activity view for shared notes.

Maps is getting a major improvement in this year. The new Apple Maps now offers a more 3D view for cities, plus it has a revamped driving experience that shows road lanes, medians, bike lanes, and more. The new view is available straight on-device, and in CarPlay.

Maps is also getting new transit navigation, which has easier ways to find nearby stations and pin favorite lines. And, there are new business cards that make it easier to find information about stores and restaurants.

Notifications are getting redesigned for iPadOS 15. The new notifications will display better contact photos, making it easier to identify who messages are from.

Like on iOS, iPadOS also now gives users a new personalized notification summary that collects non-urgent notifications and shows them off in a quick view. This Notification Summary can be displayed at a time of the user’s choosing. There’s also a new mute button for notifications, and iPadOS 15 will suggest muting notifications for a message thread if you don’t interact with the messages.

The iPad and Mac are merging a little more. With iPadOS 15 and macOS Monterey, there’s a new Universal Control feature that allows users to use a single keyboard, mouse, or trackpad with both devices at once. All users have to do is place their iPad near their Mac, and slide the mouse over to the iPad. The two will link up, and you’ll be able to use your mouse with your iPad without entering Sidecar. This feature, however, has been pushed to a later iPadOS 15 release.

Should I install iPadOS 15?

Yes. Now that iPadOS 15 is widely available, it’s safe and stable enough for anyone to download. If you have a modern iPad, we absolutely recommend iPadOS 15.

Apple has been very good at pushing updates to its super old devices, and iPadOS 15 is no different — the operating system is rolling out to most iPad models from the past five or six years. Even the iPad Air 2 is getting iPadOS 15, despite being released all the way back in 2014. Here’s the full list of iPads that get iPadOS 15.

How to install iPadOS 15

Now that iPadOS 15 is widely available, it’s extremely easy to download and install. To do so, follow the instructions below.

That’s all there is to it! You should now be able to enjoy all the awesome new features on offer by iPadOS.