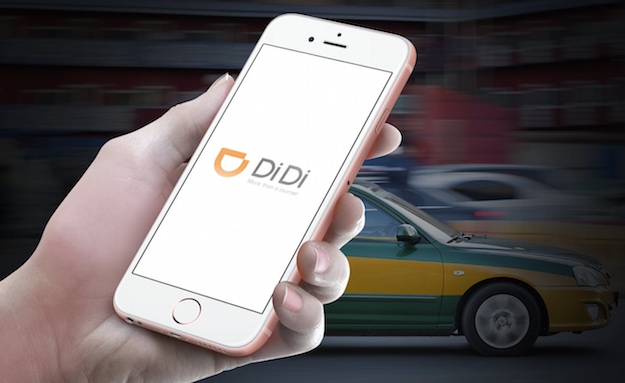 With some investors and analysts clamoring for Apple to make a bold acquisition, Tim Cook & Co. recently decided to go in a different direction. According to a report from Reuters, Apple this week confirmed that it made a $1 billion investment in Didi Chuxing, a Chinese ride sharing company often referred to as the Uber of China.

Of course, with persistent rumors indicating that Apple has plans to jump into the auto industry, the company’s investment in a ride sharing company is particularly intriguing.

When asked to explain the rationale behind the investment, Tim Cook said that Apple wants to better understand the Chinese market, a sensible objective given that China remains one of Apple’s most important markets.

“We are making the investment for a number of strategic reasons,” Cook explained, “including a chance to learn more about certain segments of the China market.

Needless to say, Apple’s large investment might also help Apple curry a bit of favor with the Chinese government.

Cook also added that Apple believes that the investment itself will “deliver a strong return.” That’s all well and good, but with Apple’s cash pile now in the $200 billion range, it’s not as if Apple is desperately on the lookout for potentially lucrative investment opportunities.

As for Apple’s future involvement in the auto industry, Cook, per usual, played it coy and said that Apple today is simply focused on enhancing the in-car user experience via CarPlay.

“That is what we do today in the car business,” Cook said, “so we will have to see what the future holds.”

As for Apple’s rumored car plans, it’s of course no secret that the company in recent months has made a number of auto-related hires, bringing on board executives and engineers with deep experience and familiarity with all facets of the automotive design and manufacturing process. Still, designing and releasing a car is a multi-year process, and if an Apple Car is truly in the cards, Cook not-so-subtly cautioned us that we’d be well advised to be patient.

When asked about an Apple Car during the company’s annual shareholder meeting this past February, Cook answered, “Do you remember when you were a kid, and it was Christmas Eve and it was so exciting? And you weren’t sure what was going to be downstairs? Well, it’s going to be Christmas Eve for a while.”