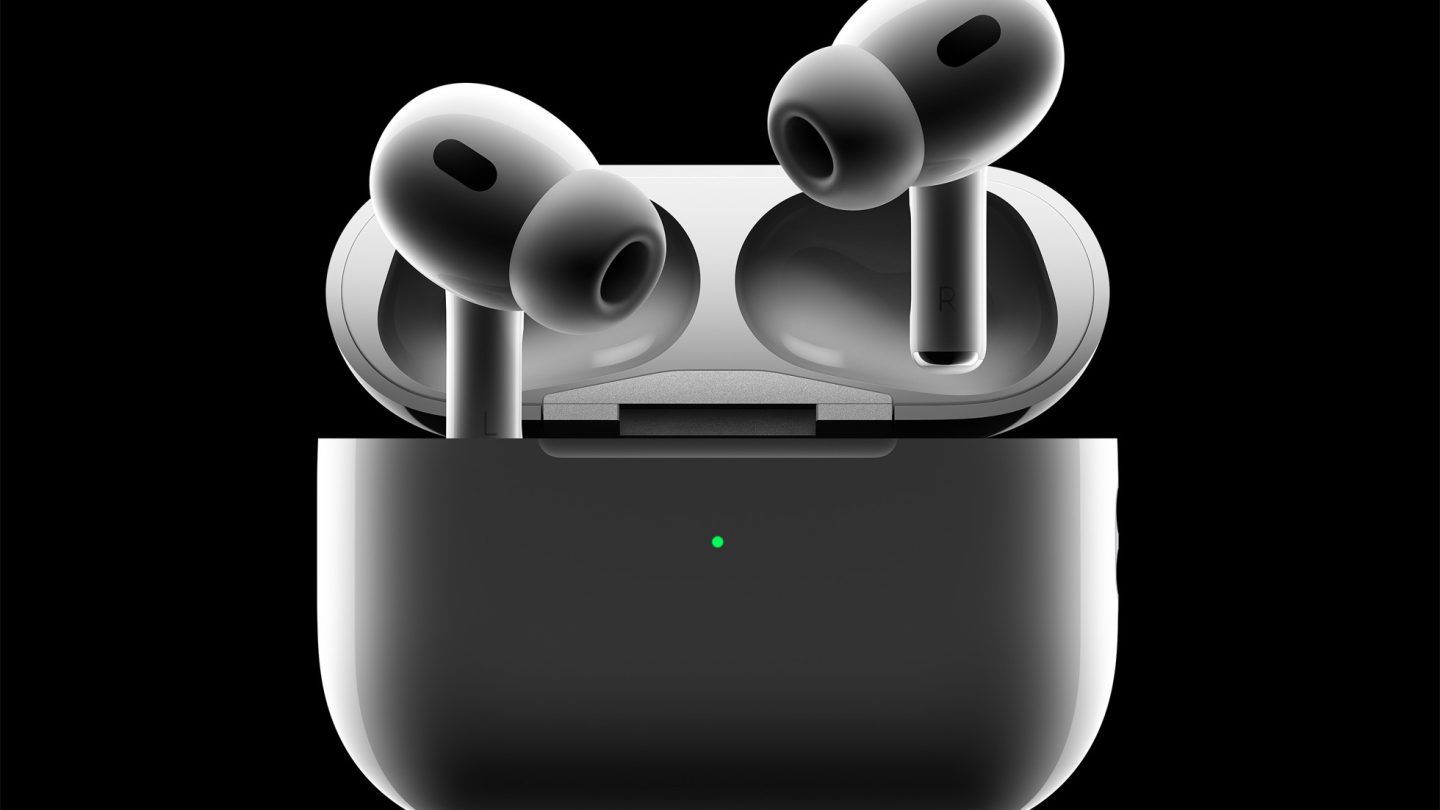 Apple today, at long last, introduced AirPods Pro 2 during the company’s iPhone 14 launch event. Apple introduced the first iteration of AirPods Pro in October of 2019 and, nearly three years later, an upgrade is long overdue. Interestingly, rumor has it that Apple was originally trying to release AirPods Pro 2 about a year ago, but had to push everything back due to various technical hurdles.

All that said, Apple’s AirPods Pro 2 brings a lot of new features to the table, including a brand new H2 chip with high-bandwidth connectivity for improved audio performance.

One interesting new feature is that AirPods Pro now includes a capacitive layer that makes it easy to adjust the volume by simply swiping your finger up and down. 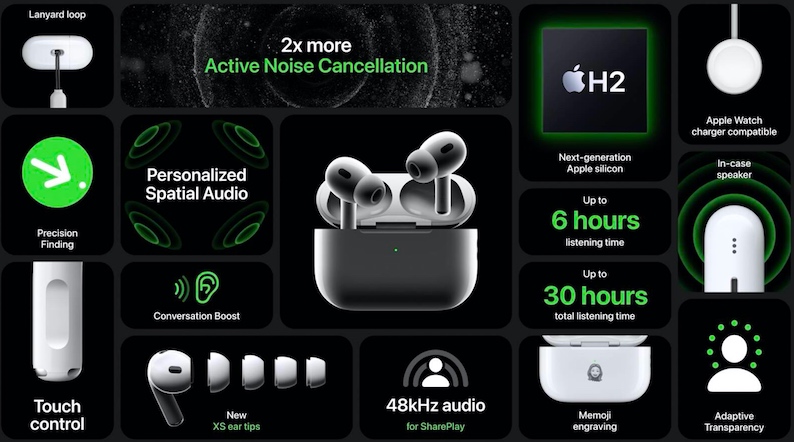 The new charging case looks similar to the original but also has the ability to emit a sound via the Find My app. This is a great feature if you ever happen to misplace your AirPods case in your house or apartment. Further, the charging case boasts a U1 chip so users can precisely map out its whereabouts with Find My Location.

The second-gen AirPods Pro are available for $249 and will be available on September 23.