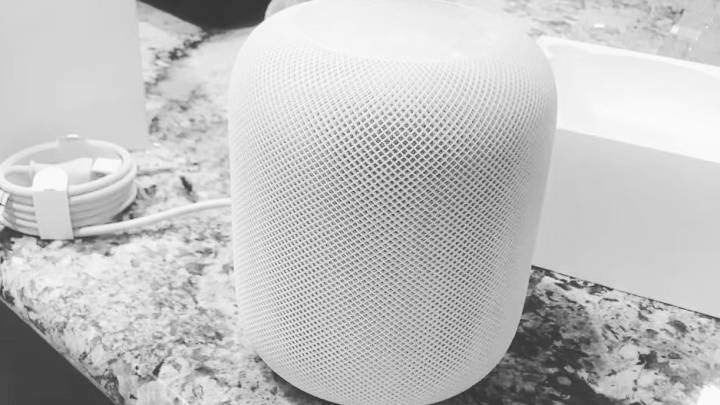 All of the attention surrounding Apple’s upcoming September 12th event has understandably been on the new iPhone (iPhone 8? X? Edition?), but it isn’t the only new device Apple will be showing off next week. Alongside its 2017 slate of phones, Apple is also expected to unveil a new Apple Watch model and give us a closer look at the HomePod smart speaker, which is scheduled to launch in December. But you won’t have to wait that long to see the HomePod, because it has already started leaking online.

Last night, 9to5Mac shared two social media posts that seem to imply the HomePod is being tested by Apple employees in the days leading up to the September event. The first comes from Instagram user themrlinc, who appears to have a HomePod in his kitchen. The tag on the post reveals that the photo was taken in Shanghai, China, which could potentially point to this person being part of Apple’s supply chain.

Then on Thursday, Benedict Evans posted a screenshot of a HomePod popping up in the Control Center of his iPhone with the caption “Spotted in Menlo Park,” implying that he had driven by a house with a HomePod:

Someone on Reddit spotted a similar icon when they pulled up a list of devices they could connect to using AirPlay. Based on all of this evidence, we feel pretty comfortable in assuming that Apple has started sending HomePod units to its employees for testing. This doesn’t tell us anything we don’t know about the HomePod itself, but hopefully it at least suggests that Apple is on track to release the HomePod on time.