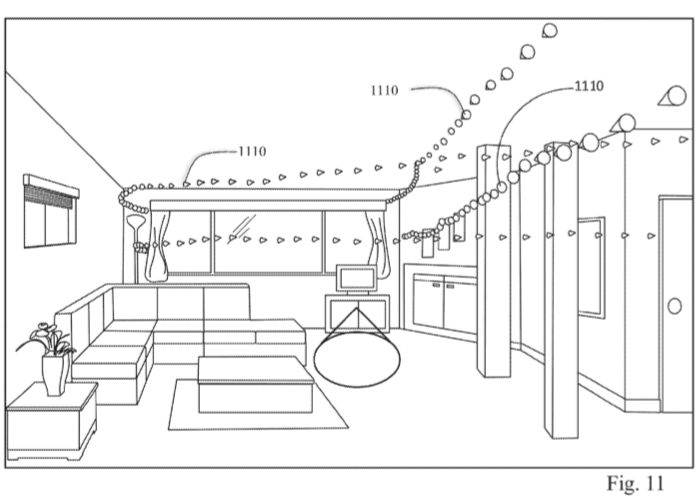 Apple is very interested in augmented reality (AR), Tim Cook recently reiterated without detailing any hardware or software products that would support it. However, a newly discovered patent reveals technology that would use AR for navigation purposes without requiring a GPS or cellular connection to work. Also important is the fact that the patent practically confirms that Apple purchased Flyby Media.

Earlier this year, Apple was rumored to have purchased Flyby Media, a company that worked on AR solutions for products such as Google’s Project Tango. Apple Insider reports that Apple was granted a patent detailing an AR-based navigation technology, which marks the first invention to be reassigned from the Flyby Media acquisition.

Called Visual-based inertial navigation, the patent lets a device position itself in a 3D space after interpreting data from the camera and sensors including the gyroscope, accelerometer, and others.

Using images and taking several measurements, the device can determine its orientation and position in real time. A GPS or cell connection isn’t required to calculate a highly accurate location, down to centimeters. Interestingly, the patent does mention that “smart glasses” are the kind of products that could benefit from such technology alongside smartphones and tablets.

Apple’s invention uses a technology called sliding window inverse filter (SWF) to minimize the computational overhead needed to combine data from multiple images and calculate a location. In other words, Apple wants to be able to tell you where you are located inside a building without using too many resources, including extra computing power and battery life, or hog the storage with locally saved images.

The SWF technology process information from overlapping images as captured by the camera, and tracks the features in them in order for sensors to determine the device’s state, and then to locate the device’s position in a certain environment, including indoor locations. SWF could be used to support AR navigation on devices, or help users find lost objects or items in a store.

Like with any Apple patent that surfaces online, it’s not guaranteed that the technology described will make it to future devices. What is interesting about the patent is that it shows Apple is taking AR very seriously. The full patent is available at the source link.