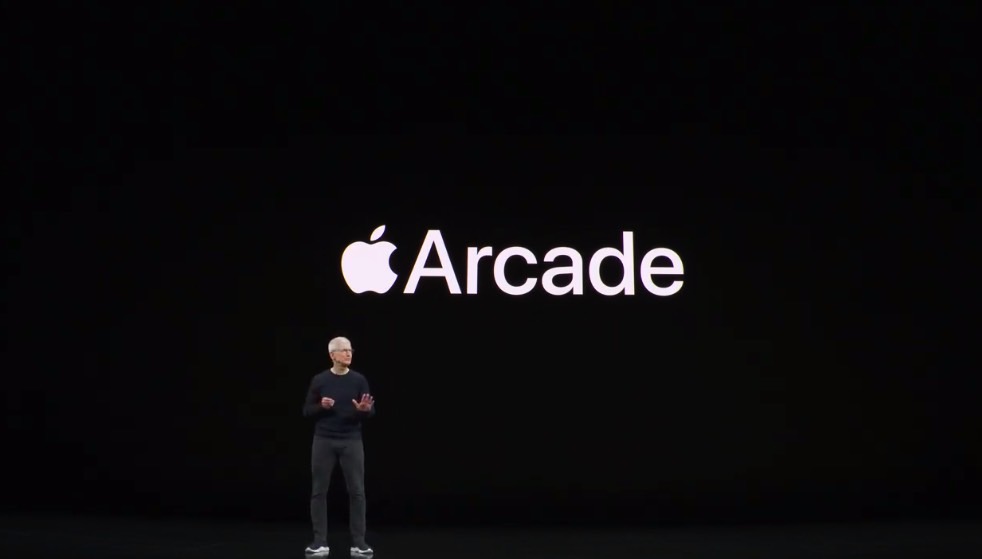 The time for leaks and rumors has finally come to an end as Tim Cook and company take the stage today to unveil the next iPhone. But before we get to the iPhone, Apple wants to talk about its services, and up first is Apple Arcade. This subscription service gives you access to a growing library of mobile games, and during Tuesday’s event, Apple confirmed that Apple Arcade will launch on September 19th and will cost $4.99 per month.

Apple kicked off the show by showcasing three exclusive games that are coming to Apple Arcade. The first title, from Konami, is a new take on the classic arcade game Frogger called Frogger in Toy Town. Next up was Capcom, which demoed a new underwater platformer called Shinsekai: Into the Depths. And finally, Annapurna announced that its rhythm game/playable music video Sayonara Wild Hearts is coming to Apple Arcade as well.

All of the demos were played on the touch screen, but keep in mind that iOS 13 brings PS4 and Xbox One controller support to the iPhone and iPad, which will be a preferable way to play many of these games.

Dozens of partners big and small are bringing over 100 games to the catalog in the launch window, and the service will be available in over 150 countries on Thursday, September 19th. The $4.99 monthly subscription gives everyone in your family access to Apple Arcade, and there will be a one-month free trial as well.

We still don’t know what the full library will look like when Apple Arcade launches next week, but you will be able to find the service under the new Arcade tab on the App Store on launch day.