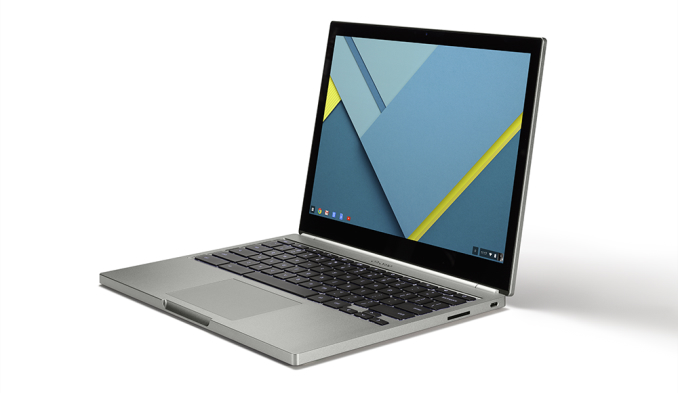 The keynote for Google I/O 2016 was jam-packed with exciting announcements and unexpected reveals, but even with two hours at their disposal, the executives and developers at Google still weren’t able to share everything.

One huge announcement that didn’t make the cut: Google Play and Android apps are coming to Chrome OS later this year.

Initially revealed unintentionally on Wednesday afternoon, Google made the plans official during a session at Google I/O on Thursday.

The merging of the two platforms has been rumored for years. As Google’s Kan Liu notes, the company was well aware that “users wanted more apps and better offline capabilities,” but it took time to find the right way to solve this problem.

“We’ve spent a lot of time and made good progress at enabling offline for Chromebooks based on the web, but the web wasn’t fundamentally designed for offline,”  says Liu. “When you design for Android, you have to think about offline.”

And that’s the key — hundreds of thousands of Android apps are already being built for offline use, which makes it a no-brainer to bring the Play store to Chrome OS.

As for how the apps will actually run on Chrome, Engadget says that users have to run the apps in either portrait or landscape mode for the time being. Eventually the OS will allow you to resize applications and move them wherever you want, but that functionality might not be ready by the time the update rolls out.

Importantly, apps will run on both Intel and ARM processors, an important detail that will make Android apps universal to Chrome OS.

Developers will be able to get their hands on the update in the next developer channel release, but only a few computer will be compatible, all of which are equipped with touchscreens. Once Google Play makes its way to the public, the touchscreen restriction will be lifted.