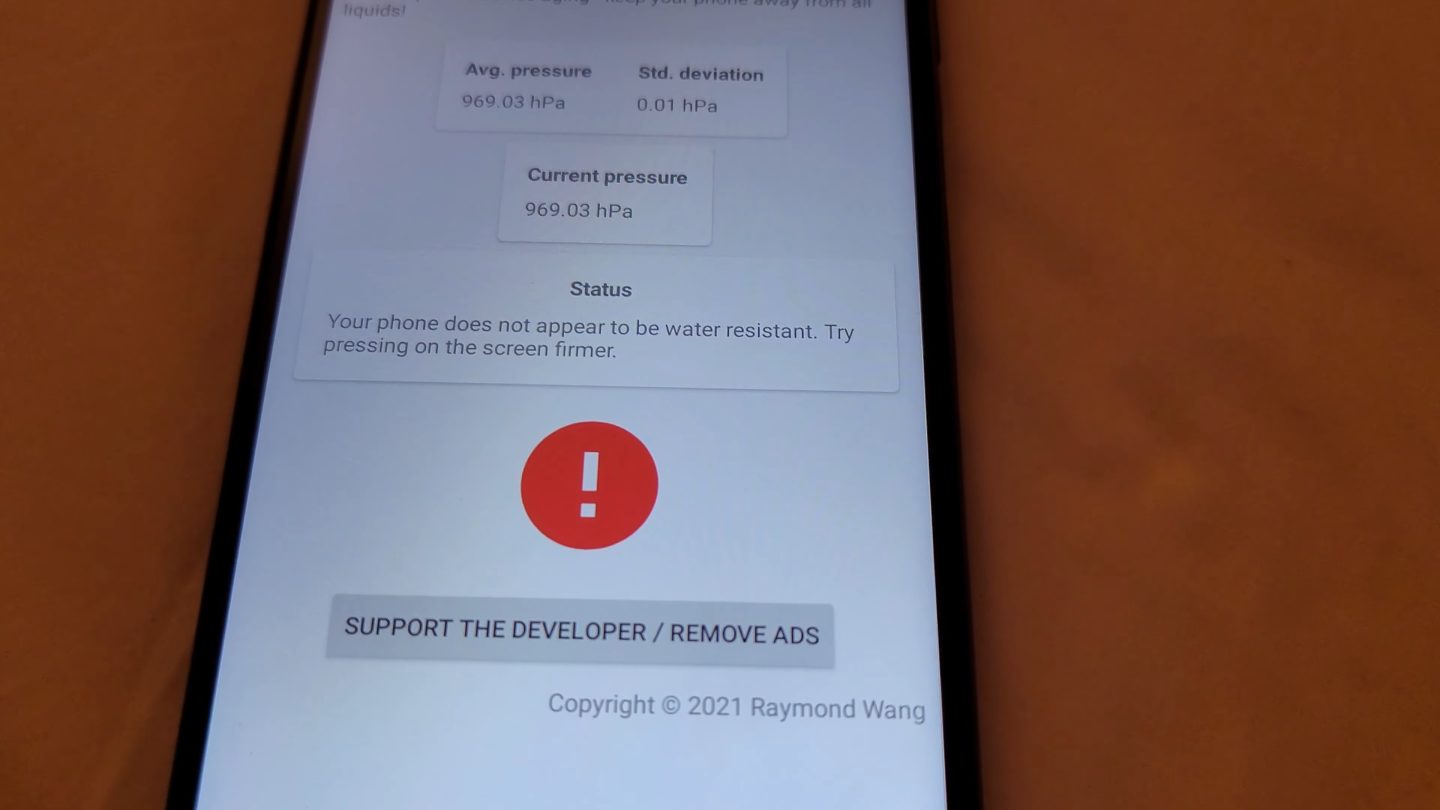 It’s been about a decade since I thought about Apple’s old slogan: “There’s an app for that.” That changed this Wednesday. Apple had nothing to do with it, though. Rather, it was an Android app spotted by Android Police. This week, developer Ray W released a new app on Google Play that can test your phone’s water resistance seals. Best of all, there’s no water required.

As the developer explains, the app uses the barometer inside Android phones to measure changes to the pressure level. All you have to do is open the app, set your phone down, and press on the screen. Once the test is complete, the app will tell you if your phone’s water-resistant seals are intact. If not, you might want to be more careful with your phone around water.

Your phone needs to have a barometer as well as an IP rating for the app to work. If the manufacturer didn’t make the phone water-resistant in the first place, you should already know that. The app could be especially useful for Android users that recently had their phones repaired.

Water Resistance Tester app gets put to the test

Here are two videos the developer shared, one with the seals intact and one without:

The Water Resistance Tester app is free to download, but you can pay $0.99 to support the developer and remove ads. Reviews on the Google Play store are overwhelmingly positive so far. Furthermore, The Verge found that the app appeared to provide accurate readings upon testing it.

Regardless of the results, you should definitely be careful with any older phone around water. As Ray notes, water-resistant seals become compromised as phones age and experience wear and tear. Thankfully, we don’t think this app is going to try to steal your Facebook password.