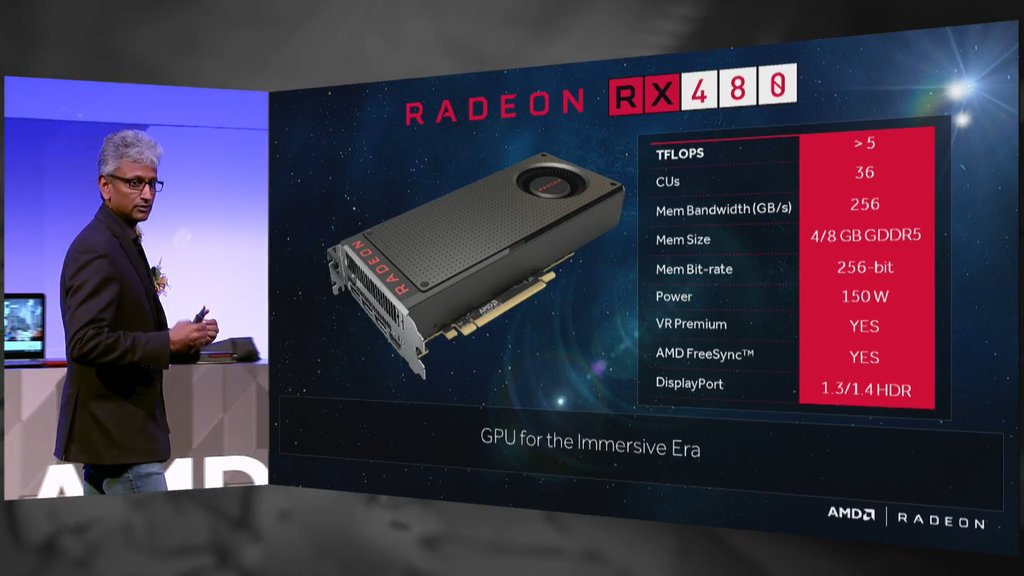 AMD wants everyone to be able to experience virtual reality.

DON’T MISS: Microsoft has a brilliant plan to conquer VR with its HoloLens platform

To put that price into perspective, Nvidia’s new flagship GTX 1080 costs $599, while the more affordable GTX 1070 will retail for $379 when it launches later this month. For almost half the price of Nvidia’s budget-conscious option, PC gamers will be able to upgrade their machines into the realm of VR compatibility.

There’s no question that the RX 480 won’t compete with the GTX 1080 when it comes to performance, but during the reveal event, AMD senior VP Raja Koduri claimed that two 480 GPUs in the same PC actually outperform the GTX 1080 (and for $200 less). According to The Verge, he proved his point by showing the game Ashes of the Singularity running on two 480 cards vs. one 1080, and the two AMD cards were indeed able to maintain a higher frame rate throughout.

“As we look to fully connect and immerse humanity through VR, cost remains the daylight between VR being only for the select few, and universal access for everyone,” said Koduri in a press release. “The Radeon RX Series is a disruptive technology that adds rocket fuel to the VR inflection point, turning it into a technology with transformational relevance to consumers.”

Nvidia’s cards are undoubtedly going to dominate the high-end market, but for everyone else who wants to become VR-ready on a budget, the RX 480 might be the way to go. 4GB and 8GB configurations of the AMD GPU will be available starting at $199 on June 29th.