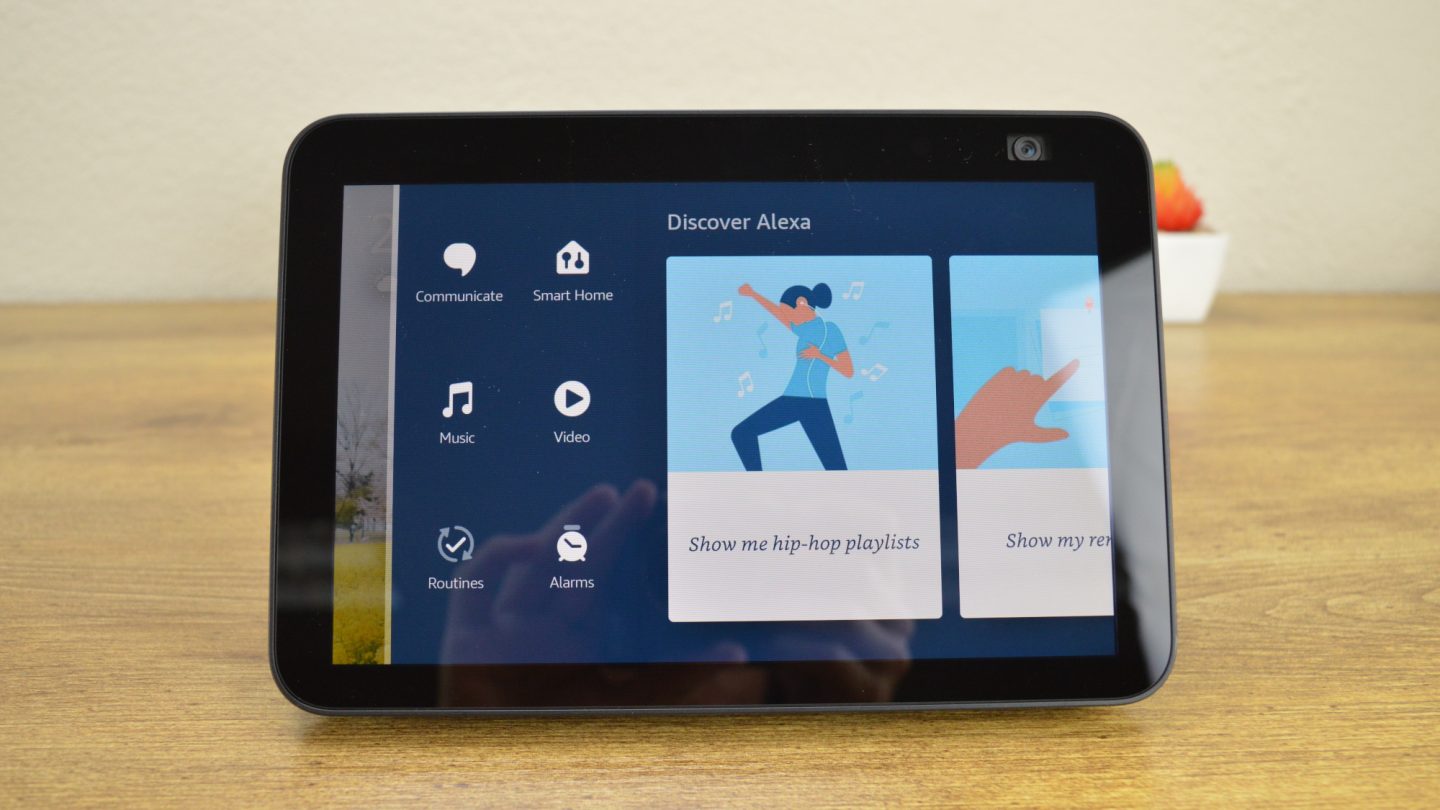 Amazon will host a launch event for new devices, features, and services on September 28th. In all likelihood, Amazon will unveil several new Alexa-powered devices, including updates for some of its most popular product lines. The company has not offered any specific details ahead of the event, but secrets never stay hidden long in the world of technology. On Friday, Bloomberg revealed a bunch of unannounced devices that Amazon is currently working on behind closed doors.

The first device that Bloomberg leaked goes by the codename Hoya. The site describes the device as a massive Echo with a 15-inch display. Users can either mount Hoya on a wall or place it on a table with a stand. The primary use case is apparently for controlling smart home products, such as appliances, lights, and locks. Sources say that users will be able to check the status of Amazon deliveries on the screen as well. Hoya will also have widgets on its UI for weather, timers, calendars, and photos.

Hoya also has helpful features for people who want to use it in the kitchen. Its massive display should make it even easier to read recipes or watch cooking videos. Third-party video apps like Netflix will be available on the device as well. Amazon could launch Hoya as soon as this fall.

Other products in the works at Amazon

Amazon is also said to be working on a sound bar for TVs. As Bloomberg notes, there are a number of sound bars on the market with support for Alexa. Unsurprisingly, Amazon thinks it can compete with those third-party devices. Amazon is already doing the same thing with TVs.

Additionally, Amazon wants to integrate even further with our cars. The company is currently working on a second-generation Echo Auto codenamed Marion. The second version of the device will have an updated design and might be able to charge your phone with inductive technology.

Finally, the future of the home robot codenamed Vesta is apparently in jeopardy. Initially, Amazon planned to market Vesta as a security tool for your home. Amazon has since shifted the focus of its Ring line to cover security as well. The need for a security bot has diminished over time, and Bloomberg says that even Amazon employees are doubtful that anyone needs a moving Echo Show.

As for the classic lineup of Echo devices, Amazon already refreshed the Echo, Echo Show, and Echo Dot in 2020. Therefore, we shouldn’t expect any major updates at the September event.