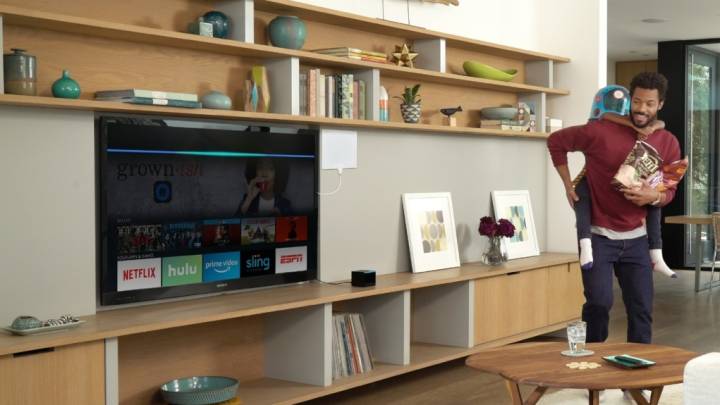 Last year, Amazon rolled out a host of new product announcements at an event in its hometown of Seattle, something the tech giant decided to forgo this year and redirect to the IFA 2019 conference in Berlin. That’s where, today, the company unveiled more than 20 new Fire TV products including an all-new Fire TV Cube along with a number of other devices including a new Fire TV Stick, Alexa Voice Remote and more.

The Fire TV Cube was one of the signature announcements Amazon made today, and the second-generation device is still $119.99, hands-free and Alexa-enabled. It’s got an ultra-powerful Hexa-core processor and is more than twice as powerful as the first-gen Fire TV Cube, Amazon promises. It also delivers instant access to Dolby Vision and 4K Ultra HD content at up to 60 fps.

Other features include Local Voice Control, a new on-device processing capability that enables the user to execute some of the more frequently-used voice commands more quickly. Commands like “Alexa, select number one” or “Alexa, go home.”

Amazon first introduced the Fire TV Cube in the US last year. The company says 80% of Fire TV Cube customers are also using the device for home automation — because, thanks to the built-in speaker, Fire TV Cube lets users perform tasks like dimming the lights, checking the weather, and much more.

The device is available for pre-order on Amazon in the US starting today. Customers who pre-order can also get a 90-day extended free trial of Amazon’s premium music subscription service, Amazon Music Unlimited.

Meanwhile, a Toshiba 65-inch 4K Ultra HD Smart LED TV HDR — Fire TV Edition will be available at Best Buy for $599. It starts shipping to customers in the US in October.