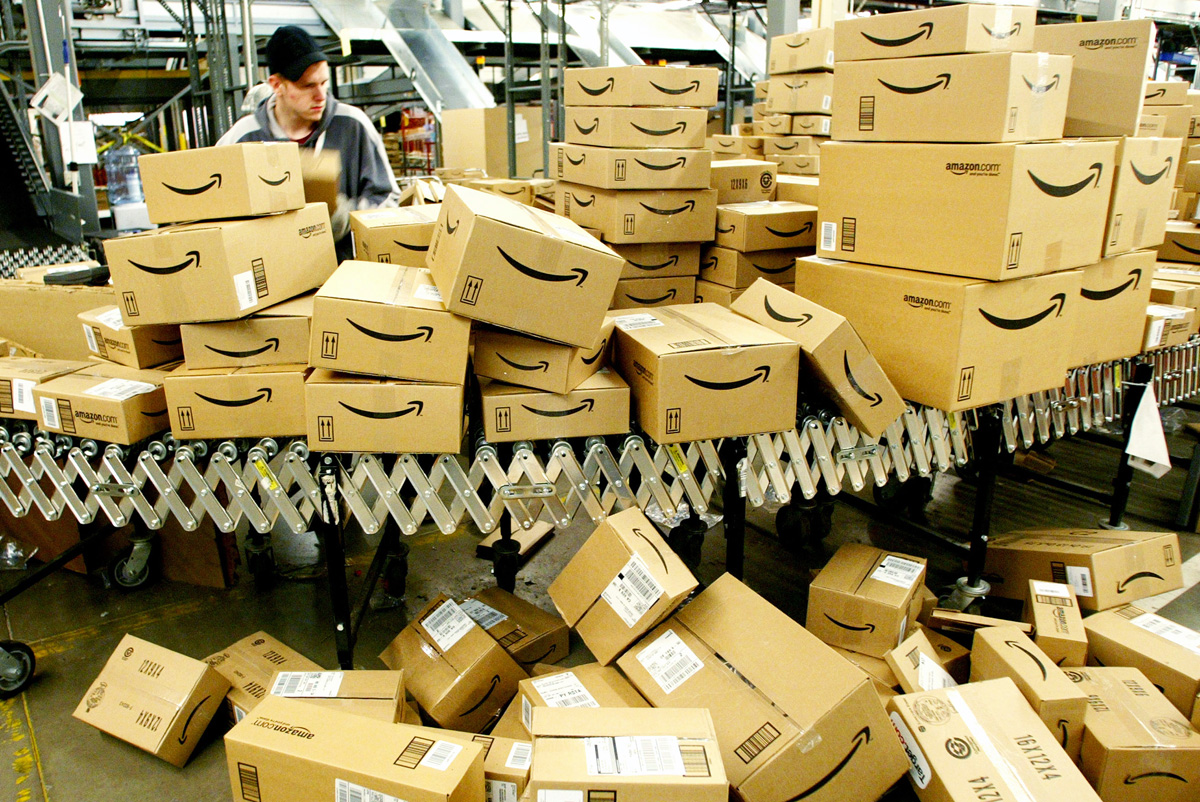 Amazon this week has been issued two patents for a bracelet that can track the movements of a warehouse worker’s hands in real time. First shared by GeekWire on Tuesday, the patents describe an inventory management system that would sync up with ultrasonic bracelets in order to gauge where a worker’s hands are relative to inventory bins. And as creepy as it may sound, Amazon seems to think that it could be an effective time-saving measure.

The idea of receiving haptic feedback to let someone know whether or not they are placing an item in the right bin (which is what this patent proposes) could possibly lead to fewer mistakes, but at what cost? No matter how small or inconspicuous, a mandatory bracelet that tracks your every move still sounds horrifying.

Worse still, the idea of feeling a buzz every time I even begin to move toward the wrong bin makes it sound more like a dog collar than a productivity tool. As The Verge points out, this isn’t an especially troublesome look for a company that has been accused of creating “intolerable working conditions” at its warehouses to ensure productivity.

It’s nothing more than a patent for now, but as Amazon continues to expand and the company looks to find ways to make its facilities more efficient, it’s easy to see why such a draconian measure is on the table.