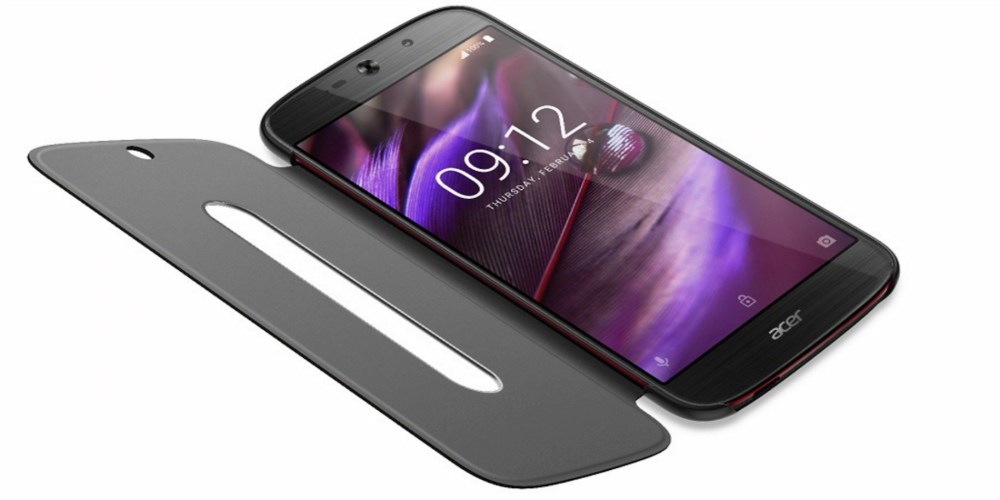 At MWC 2016 on Tuesday, Acer unveiled a new budget phone called the Acer Liquid Jade 2, which has one amazing trick up its sleeve: 1TB of hybrid storage. Did Acer just fix one of our biggest problems with this affordable new smartphone?

Before we get into the memory magic, let’s talk design and specs.

The phone has a 5.5-inch AMOLED display with Full HD resolution, which means it’ll deliver a great viewing experience. It’s not 2K resolution like you’ll find on Samsung and LG’s latest phones, but this is going to be a wallet-friendly handset when it launches later this year, so you can’t expect it to pack all the bells and whistles found on flagship handsets.

A curved 2.5D Corning Gorilla Glass screen protects the display, and the phone’s slim profile makes it easy to hold and operate. Mind you, this is still a big handset, so if phablets aren’t for you it would be wise to look elsewhere.

The phone runs Android 6.0 and comes with a USB Type-C port, however it lacks a fingerprint sensor – and I only mention its absence because fingerprint support is one of the main features of Google’s latest operating system.

Now let’s get down to storage!

As you probably expected, you can’t have 1TB of storage on a phone. Well, you can, but it’ll probably cost you an arm and a leg, not to mention you’d probably get terrible battery life in the process.

The Acer Liquid Jade 2 has 32GB of built-in storage, with everything else packed in the cloud. Acer’s press release says the phone “seamlessly integrates local storage with cloud storage on select models,” and will tell you the same thing when you ask about how everything works.

In theory, that high-speed wireless and cellular support we mentioned earlier should ensure you’re going to get your cloud data as fast as possible. But not everyone buying a budget phone will have limitless cellular data, not to mention the fact that LTE Cat. 6 is not something you can find just anywhere.

So local storage matters a lot, and 32GB is all you get. Sure, you can expand it with microSD cars up to 128GB (possibly all the way up to 200GB), but the remaining data that goes in the cloud is what might be more worrisome.

From what I’ve seen at Acer’s booth, just one phone had the app needed to manage all your cloud data, and it was running a freeware version of Astro to handle it. That’s how you get up to 1TB of data on the phone. As you can see in some of these images, the app also lets you access data from various other cloud services, including Google and Facebook data. But it’s not exactly a seamless, user-friendly experience.

It’s not clear what data goes where, and that might be a bit worrisome as you’ll likely want to access some of it even when there’s no dependable Internet in reach. Acer also said that you’ll be able to access your cloud data using a browser, without providing any additional details.

On the other hand, it’s very likely that the app data you need most will still sit on your phone while photos, media and other files will be saved in the cloud. Whatever the case, the solution clearly isn’t as elegant or innovative as the one we saw in the Nextbit Robin.

Pricing details aren’t available for the new Acer phone, and it’s not clear how much cloud storage will cost. But you can be assured that you’ll also have to pay for that as well.