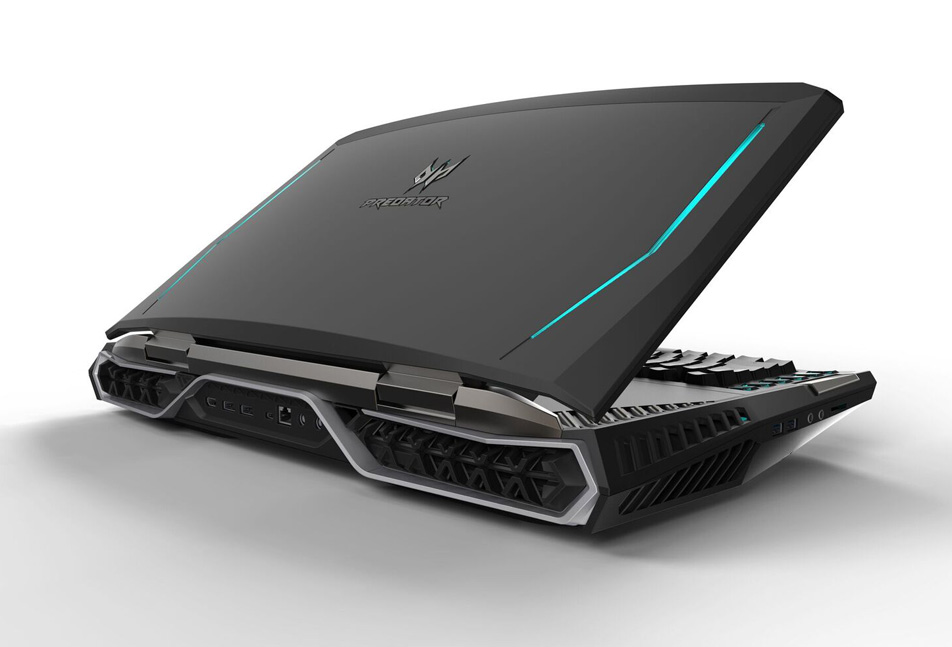 While you were fast asleep last night — or early this morning, as it were — Acer was busy in Berlin, Germany announcing not one, not five, but 18 different products ahead of the annual IFA 2016 trade show. IFA has always been focused on computing and if it’s computing you want, Acer has certainly got you covered. The company’s announcements covered everything from sleek new ultra-portable laptops and hardcore gaming notebooks to smartphones, monitors and even an ultra-mini desktop PC.

Highlights from Acer’s big IFA press conference include the Predator 21 X, a monster gaming laptop with a massive 21-inch curved display; the Chromebook R 13, a sleek new 13-inch convertible Chromebook with a touchscreen display; and the Swift 7, an aluminum Windows 10 laptop with a ridiculously thin case that’s less than 10mm thick.

Below, you’ll find everything you need to know about Acer’s big announcements.

First, a roundup in Acer’s own words:

–Predator Z271T/XB251HQT/XB271HUT: These monitors are the world’s first to include eye tracking technology.  With the new technology users can upgrade their gaming experience.  By tracking  a gamer’s eye with software, the monitors introduce new interactions like aiming, identifying enemies and taking cover simply by gazing at objects on the screen.

–Predator 15 and Predator 17: Designed for those with a need for speed, the Predator 17 and Predator 15 received updates with the latest GPUs featuring NVIDIA GTX 10-Series graphics cards, enabling them to be ready for Virtual Reality.

Acer Revo Base, the latest member of the award-winning Revo family, encapsulates surprisingly powerful performance into a compact 1-liter chassis. It features up to Intel® Core™ i7 processors and up to 8GB DDR3L memory to ensure it runs smoothly when handling intensive tasks such as decoding top-quality multimedia content.

Interest piqued? You know it is… Below, you’ll find all the specs your heart desires for each and every one of the 18 new products Acer unveiled at IFA 2016 (click on any image to enlarge it). And if you feel left out and you want to watch the company’s big press conference, you’ll find a replay in our earlier post. 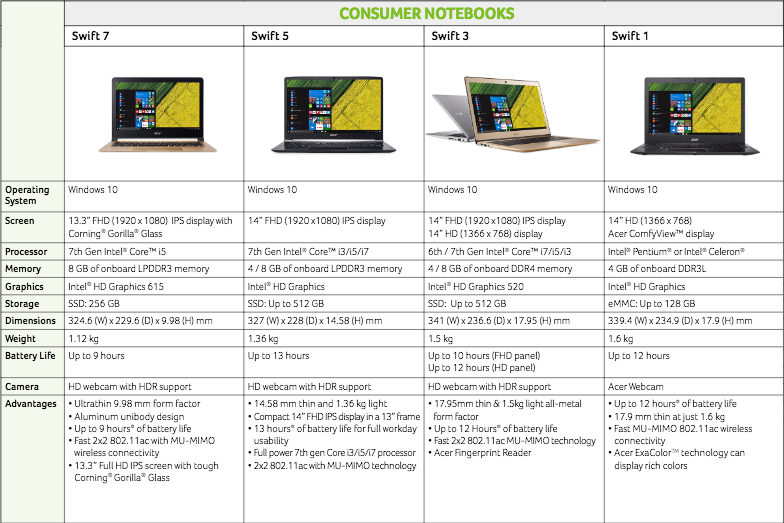 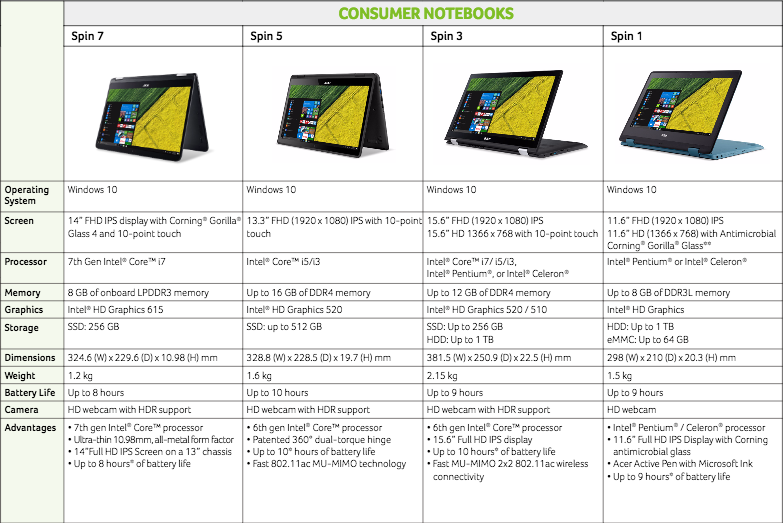 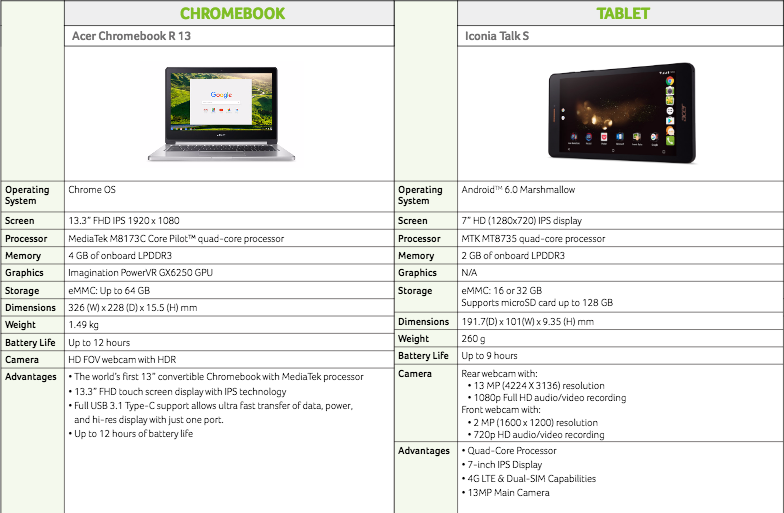 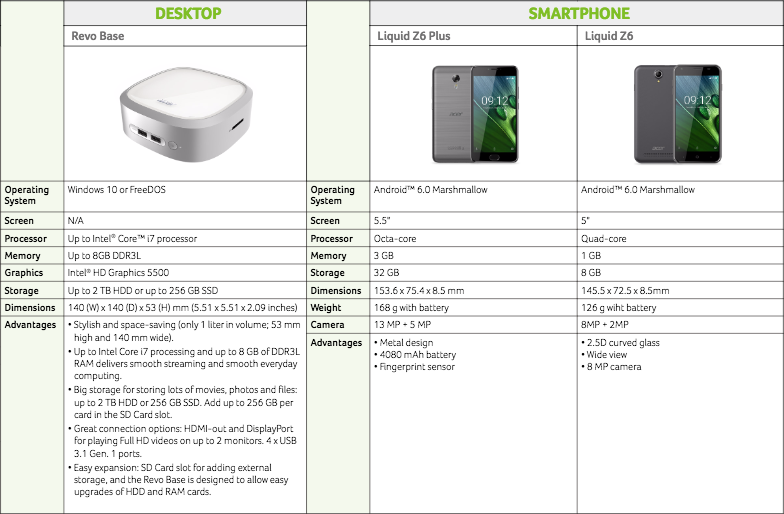 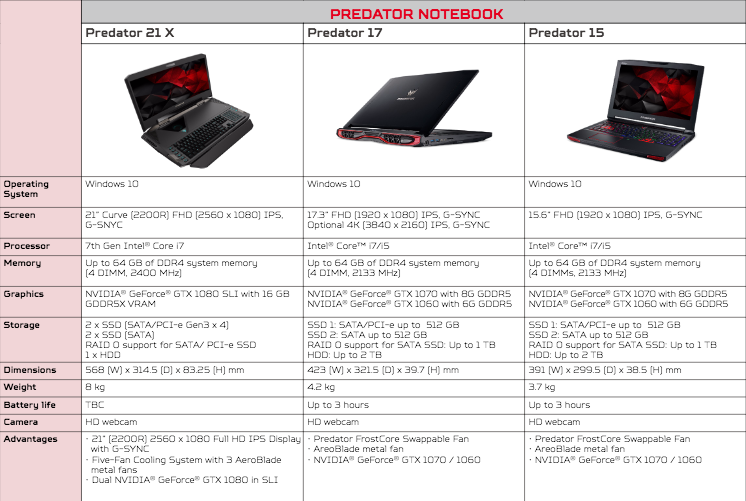 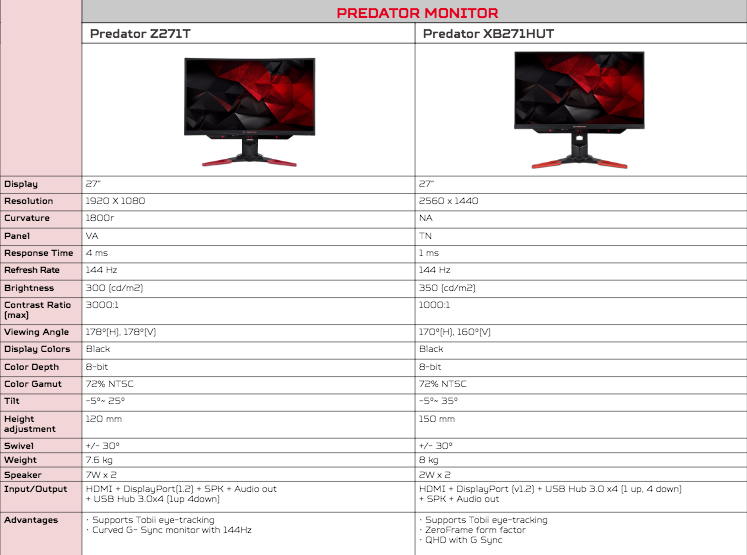