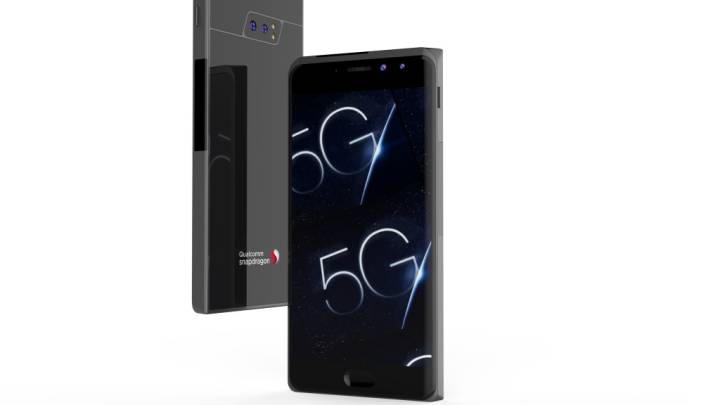 The first 5G mobile devices should finally arrive next year, which means that smartphone manufacturers are hammering out the details right now. Unlike a lot of other component improvements that smartphones have seen over the last decade, like better cameras, faster processors, and brighter screens, 5G radios are going to demand some design compromises that will look decidedly backwards — at least for consumers that are used to thinner and sleeker devices coming out like clockwork.

The problem, as Lightreading points out, is that 5G will rely on much higher-frequency spectrum than our current mobile networks use. The higher frequencies enable those multi-gigabit speeds that the networks have been hyping so much, but at the cost of penetration. Higher frequency radio waves travel less distance than mid-band or low-band signals, and most importantly, they don’t penetrate through objects well.

Why does this matter for smartphone design? Well, because if the hand holding the phone is sitting over the antenna or obstructing the line-of-sight to the cell station, then your connection may be impaired or lost. At the very least, that means smartphone manufacturers are going to have to design in multiple antennas, which could change what materials devices are made from, as well as their shape and size. Metal backs are likely to vanish altogether, and even the metal sides that are a staple of modern flagship smartphones could be designed out.

For the initial round of 5G devices, we could also see a return to the incredibly ugly antenna nubs that were a staple of earlier cellphones. Motorola’s recently-unveiled 5G Moto Mod, for example, has a nub that wouldn’t look out of place on a 2003 flip phone.

The other consequence of 5G’s design limitations could be that it takes even longer for 5G smartphones to become mainstream. Even if the first 5G networks and devices are released early next year, it’ll be years until 5G networks are more common. Rolling out 5G across a broad swathe of spectrums will take even more work than upgrading networks from 3G to 4G, as the wireless carriers will have to build hundreds of small-cell sites in every city.

While that work is going on, smartphone makers might not want to make their flagship smartphones uglier and more expensive in order to include a feature that 90% of customers won’t be able to access. Apple, in particular, has never been in a rush to include the latest cellular technologies in its iPhones, especially if it comes at the cost of design compromises.