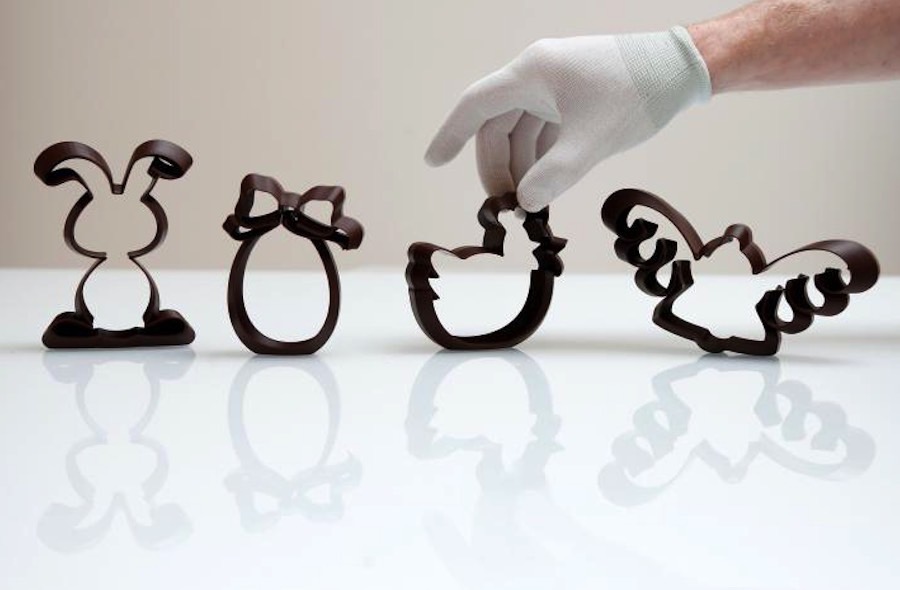 Chocolate lovers will surely appreciate this particular innovation: A Belgian company created a 3D printer that can use melted chocolate to make any object or shape out of chocolate. That’s hardly surprising, considering that some people are building houses using 3D printers, but it definitely sounds delicious.

The 3D printers at Miam Factory can create 3D objects out of chocolate by applying layer upon layer of melted chocolate that solidifies. It all happens at a speed of 0.2 millimeters at a time, but it’s enough to create chocolate objects that would otherwise be impossible to reproduce — okay, maybe harder than using a 3D printer to create them.

According to Reuters, Miam was spun off the University of Liege’s Smart Gastronomy Lab. The company uses four 3D printers and can engrave chocolates and macaroons with messages and logos, on top of printing just about anything of chocolate.

Speaking of chocolate, the 3D printers work with dark chocolate, which is the most popular choice, but milk and white chocolate creations are also available.

Miam created chocolate bottles for the Bertinchamps brewery nearby, which wanted unique prizes for the winners of an Easter egg hunt. The bottles took under three hours to make and need some 24.6 meters of chocolate.

Prices aren’t disclosed in the report, but they vary depending on what kind of size, shape, and chocolate is needed.

I know what you’re thinking, you can finally troll your friends with penis-shaped chocolates. You now know who can fulfill this dream. All you need now are proper wrappers.