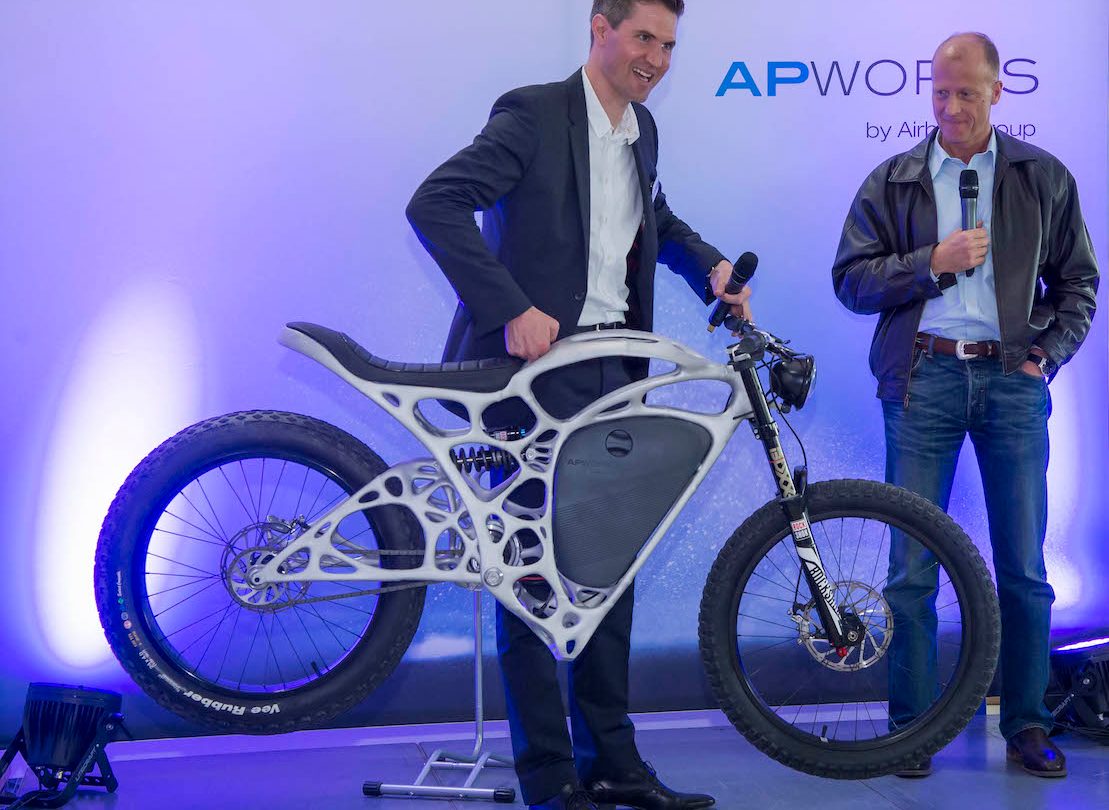 3-D printing has been used to make all sorts of products of increasing complexity, including rockets for spacecraft and engine components. But it’s not until you see an Airbus exec lifting this motorbike with one hand that the technology’s potential really starts to shine through.

The oh-so-cleverly-named Light Rider is produced by Airbus subsidiary AP Works. It has a 3-D printed frame made from a proprietary aluminum alloy, which Airbus claims to be as strong as titanium. Even including the chunky tires, suspension and electric motor, the whole bike only weighs in at 35kg.

DON’T MISS: Apple’s stores have gone from serious to absurd in 15 years

Despite the low weight and electric motor, the bike still has enough power to make it a serious around-town commuter: 50mph top speed, and 0-30 in three seconds. The battery will last 40 miles, and once it’s depleted, you can do a straight swap with the replacement.

All in all, it’s like some kind of electric bicycle/Vespa hybrid, and it sounds ideal for my daily commute. Unfortunately, there is a problem, in the form of the price: $55,000, which isn’t exactly affordable. The price probably has something to do with the scarcity. 50 Light Riders are going to be produced, in the first production run at least.

The entire project is really a metaphor for 3-D printing’s battle against more conventional manufacturing technology. The Light Rider is an absurdly cool, well-designed project that pushes the boundaries of materials and design. But the same technology that makes it possible to build also destroys any economies of scale, meaning that it’s out of reach for the vast majority of us.