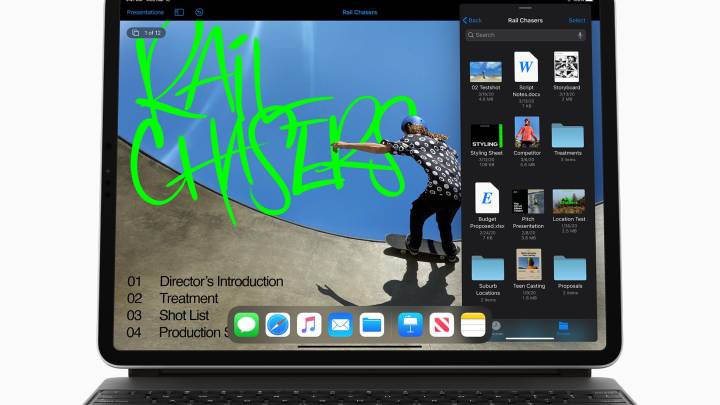 Two weeks ago, Apple revealed a brand new iPad Pro model via a press release on its website. The iPad’s unveiling likely would have been part of Apple’s spring event, had it happened, but the coronavirus pandemic made sure to put a stop to that. All in all, the 2020 iPad Pro isn’t a massive departure from its predecessor — internally, everything has been upgraded, but the design is mostly the same, save for refreshed camera array on the back.

But it turns out that not every feature of the new iPad was disclosed in the original press release. This week, 9to5Mac spotted an update to the Apple Platform Security guide which reveals that new iPads, including the latest model, have a hardware feature that ensures the microphone disconnects when the case is closed.

All Mac portables with the Apple T2 Security Chip feature a hardware disconnect that ensures the microphone is disabled whenever the lid is closed. On the 13-inch MacBook Pro and MacBook Air computers with the T2 chip, and on the 15-inch MacBook Pro portables from 2019 or later, this disconnect is implemented in hardware alone. The disconnect prevents any software—even with root or kernel privileges in macOS, and even the software on the T2 chip—from engaging the microphone when the lid is closed. (The camera is not disconnected in hardware, because its field of view is completely obstructed with the lid closed.)

iPad models beginning in 2020 also feature the hardware microphone disconnect. When an MFI compliant case (including those sold by Apple) is attached to the iPad and closed, the microphone is disconnected in hardware, preventing microphone audio data being made available to any software—even with root or kernel privileges in iPadOS or in case the firmware is compromised.

As 9to5Mac notes, this feature was first introduced on MacBook models with the T2 security chip in 2018. This is the first instance of Apple porting the feature to its line of tablets. It’s also incredibly timely, as many of us are using every electronic device with a camera or a microphone in our homes right now for hours on end every day to communicate with coworkers, friends, and family members. Knowing that the microphone will be automatically disconnected as soon as the case has been shut (providing you have a compliant case) should ease some anxiety.

While this feature can only be found on the 2020 iPad Pro and future iPad models, there were a few notable security improvements in the iOS 13.4 and iPadOS 13.4 releases last week, such as Data Vaults that protect data stored in third-party apps and temporary sessions for iPad users that vanish when the user logs off.