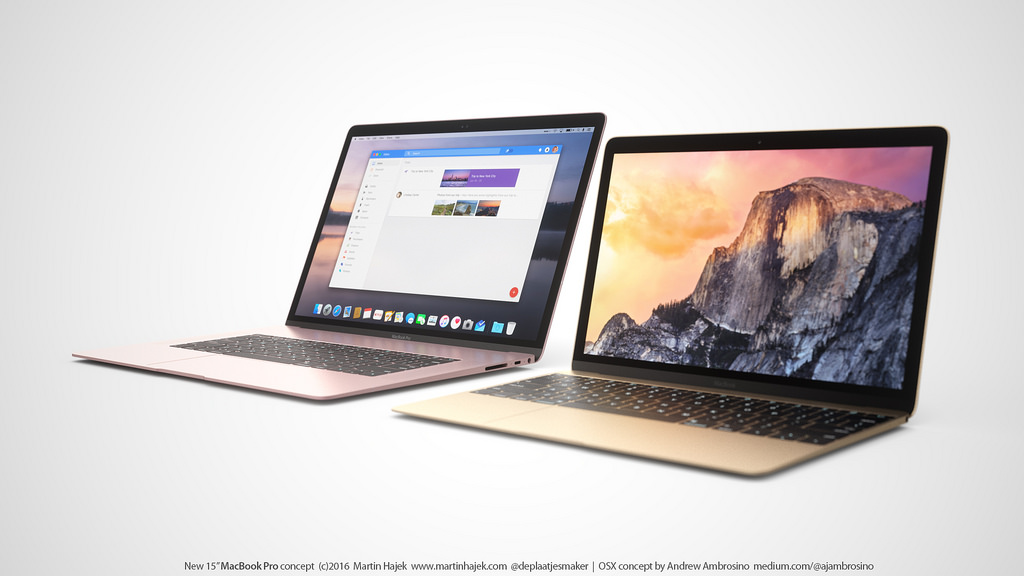 Apple’s MacBooks are due for a substantial refresh this year, at least when it comes to design. The company is rumored to be ditching the MacBook Air line and while making the MacBook Pro thinner than ever and similar in design to the 12-inch Retina MacBook. Refreshed 13-inch and 15-inch ultra-thin MacBooks were expected in the second quarter, but a new report says the machines are going to be launched only at some point in the second half of the year.

Not many details are known about the MacBook redesign. Rumors claim that the new MacBooks will have USB Type-C ports on both sides. Comparatively, the 12-inch Retina MacBook has only a single port. The new MacBooks are also expected to arrive in gold and rose gold color options, 9to5Mac says.

Designer Martin Hajek envisioned what Apple’s redesigned 13-inch and 15-inch MacBooks would look like, using the 12-inch as a model – see images at this link.