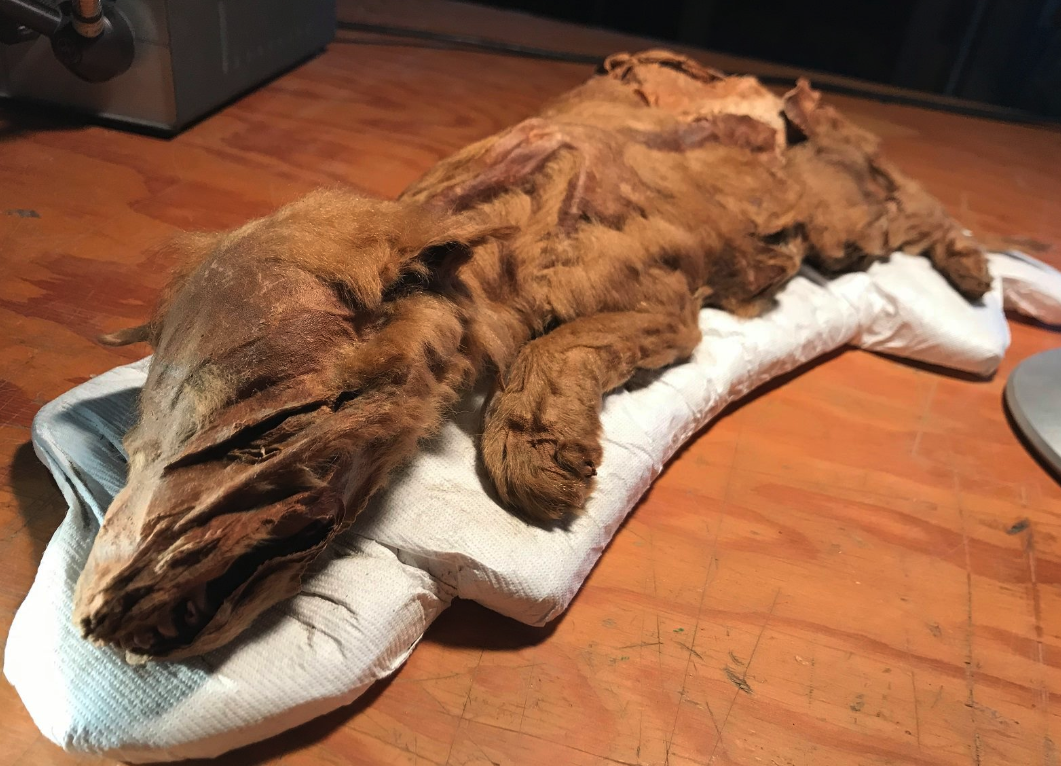 Finding the remains of a 50,000-year-old animal is always exciting, but scientists know to temper their expectations. Normally all that’s left of such an old specimen is bone, or sometimes the rough outline of where flesh, fur, or feathers used to be. Gold miners in Canada were treated to a whole lot more when they stumbled upon the nearly perfect frozen remains of an ancient wolf pup.

As Guardian reports, the miners discovered the juvenile canine completely by chance, and what a discovery it turned out to be. Nearly every part of the young wolf seems frozen in time. The skin, while obviously not as springy as it once was, is all there, and much of it is still covered in wisps of fur.

Amazingly, the tiny dog isn’t the only thing that gold miners accidentally unearthed during their search for precious metals. A month prior, the front half of a caribou calf was also found frozen in the ground. While this specimen isn’t as complete as the tiny wolf — just the front legs, head, and half of its body were preserved — it’s still an incredibly lucky find.

The discoveries were actually made back in 2016, and researchers have been working on further preserving the specimens and studying them in the time since. They were revealed to the public last week.

“Yukon has a wealth of fossil bones and mummified carcasses of ice age mammals are rarely unearthed here from the permafrost,” paleontologist Dr. Grant Zazula said in a statement. “Both specimens on display here are species that survived the end of the ice age and are a fundamental part of the Yukon landscape today, and to our knowledge this is the only mummified ice age wolf ever found in the world.”

When searching for animals that died tens of thousands of years ago, scientists never really expect to find skin, hair, and tissue. Such materials decay quite rapidly once an animal has died, but that obviously wasn’t the case here. It’s thought that the climate in which the two creatures lived was both dry and cold, which would have aided in the long-term preservation of the bodies.

For the time being, the specimens will remain in the custody of the Canadian Conservation Institute, and will likely prove to be invaluable for researchers studying the history of the area.