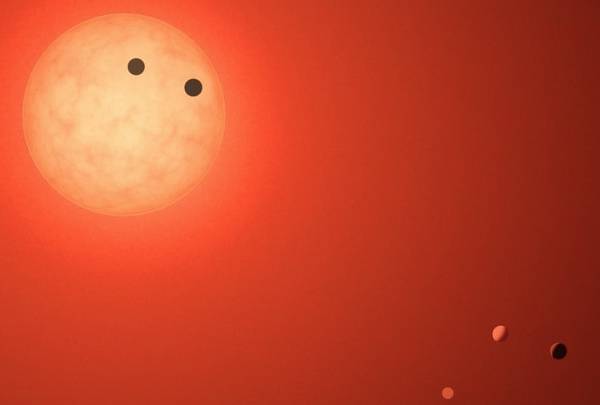 The search for life beyond our Solar System is a slow, tedious process that involves identifying suitable stars, searching for planets in the habitable zone around those stars, and then hoping that the conditions on those planets are suitable for life to take root. When researchers made the announcement that they had found not one, not two, but seven new exoplanets that were all orbiting the same star called TRAPPIST-1, and that three of those planets were within the habitable zone, the astronomy community had good reason to be excited. Now, after further research, the dreams of finding life on any of the TRAPPIST-1 planets just took a major blow.

Two teams of scientists led by researchers from the Harvard-Smithsonian Center for Astrophysics have reached unfortunate conclusions in their research of the much-hyped planetary system, and introduced a couple of new reasons why it would be hard for life to exist there.

One team discovered that, despite the star at it center being relatively cool in comparison to most, it’s still putting out lots and lots of ultraviolet radiation. That radiation has the potential to degrade and in some cases destroy the atmospheres of the planets nearby. The planets in the system are much closer to their star than we on Earth are to the Sun, and without a healthy atmosphere, the idea of life on any of the planets is laughable.

Independently, a second research team has proposed that solar wind would be another devastating force preventing life from existing on the TRAPPIST-1 planets. Our own Sun produces a solar wind, but we’re far enough away — and benefit from a protective magnetic field around our planet — that we are saved from its wrath. The exoplanets, which are in much closer proximity to their star, would have a much more difficult time maintaining an atmosphere.

However, while this all sounds pretty dire, scientists still aren’t ready to give up on the idea that life might exist in the TRAPPIST-1 system. “We’re definitely not saying people should give up searching for life around red dwarf stars,” Jeremy Drake, a co-author of one of the studies, says. “But our work and the work of our colleagues shows we should also target as many stars as possible that are more like the Sun.”