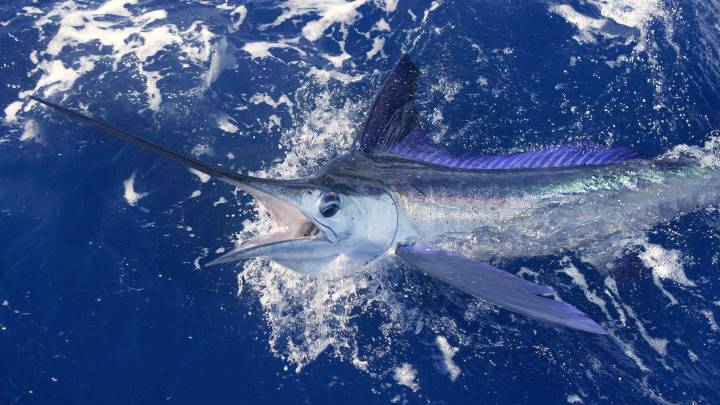 Earth’s oceans are filled with incredible creatures. Some of them are perfectly harmless, while others are equipped with weapons they can use either during offensive or defensive encounters. Sharks are apex predators, and as such, they tend to be the aggressors in most alterations they find themselves in, but a new trend is beginning to emerge that suggests sharks would do well to stay out of the way of one sea creature in particular: swordfish.

As The New York Times reports, a dead thresher shark measuring some 15 feet in length was recently discovered dead on a beach in Libya. The creature definitely didn’t die of natural causes, as an investigation revealed that the shark had a foot-long chunk of swordfish sword embedded in its abdomen. It’s not the first shark to die under similar circumstances, and it likely won’t be the last.

Over a half dozen sharks have now been found dead on shorelines in the Mediterranean, all with evidence of conflict with a swordfish. In each case, the shark was killed by the stab of a swordfish. Unlike the fate suffered by the thresher shark, most of the sharks found with swordfish wounds were stabbed in or near the head.

It’s a rather remarkable discovery, especially in the face of a scientific consensus that swordfish don’t normally use their swords to attack animals like sharks. In fact, researchers haven’t been certain that the fish use their long, sword-like snouts for piercing other animals at all. It was thought that the fish mainly used the sword to slash at prey, slowing them down and giving the swordfish an opportunity to snatch them with their mouths.

Now, it seems, the idea that the fish use their built-in weapon as a true spear is gaining a bit of traction. But why would the swordfish be attacking sharks, which aren’t their prey, and flipping the food chain upside down? Some scientists have a pretty good idea.

The researchers note that the sharks being stabbed are traditional the same species that tend to feed on young swordfish, suggesting that the larger adult fish are stabbing and killing the sharks as a defense to their young. It’s also possible that the swordfish are engaging with sharks in order to expand their territory and ensure a plentiful supply of food remains available for them and their kin. With one less predator cruising around, that means more food for the swordfish.

Whatever the case, there have now been enough observations of this behavior to suggest it’s not a fluke, and there is indeed an underlying reason for the swordfish-on-shark attacks. Now it’s just a matter of figuring out exactly what it is.