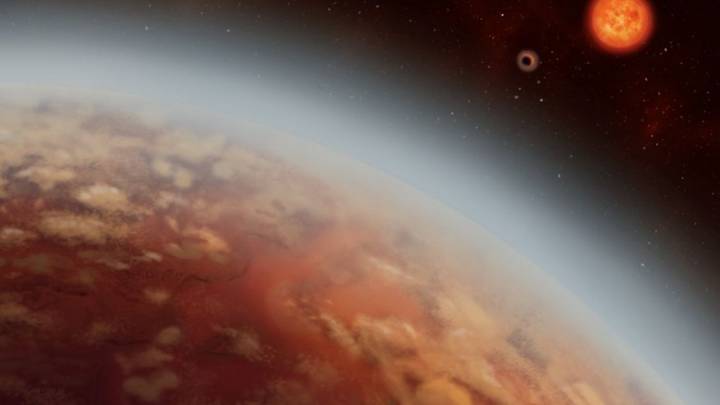 Humans originated here on planet Earth and, all things considered, it’s a mighty nice place to be, but we won’t be able to stay here forever. Eventually, something will drive us from our home, and whether that something is our Sun’s eventual death, some type of natural cataclysm, or the damage we’ve caused to our own environment, we’re going to need to find a new home if we want humanity to live on. When we finally decide to make the move, a planet called K2-18b might be our destination.

K2-18b orbits the star K2-18 (see how that works?), and while it’s quite a ways from our own Solar System, it might be worth the trip. First discovered back in 2015, the planet is thought to lie within its star’s habitable zone, and if it does indeed have a rocky core as scientists believe, it may well have liquid water on its surface. If we’re particularly lucky, it might even already support life.

Renewed interest in K2-18b after its initial discovery is the result of new research that determined the planet was both larger than Earth, and likely rocky, which is enough to classify it as a “Super Earth.” The data that painted a more vivid picture of the planet was gathered by the HARPS planet-finding tool at the La Silla Observatory located in Chile.

At present, the researchers have been able to narrow down K2-18b’s makeup to just two possibilities. They believe that, due to its mass and size, it is either a rocky world like Earth with a gas atmosphere (which would be the most promising) or a water-heavy world covered by a thick layer of ice. In the not-so-distant future, NASA’s incredibly powerful James Webb Space Telescope could possibly get a better look at the planet and help answer that question.

In an unexpected surprise, while researching the behavior of K2-18b, astronomers noticed something that they thought might have been signal noise but eventually determined was an entirely new planet orbiting K2-18 much closer than K2-18b does. Dubbed K2-18c, the planet is also a Super Earth, though because of its proximity to its star it’s not likely that liquid water could exist on its surface, which makes it a lot less appealing to humans.