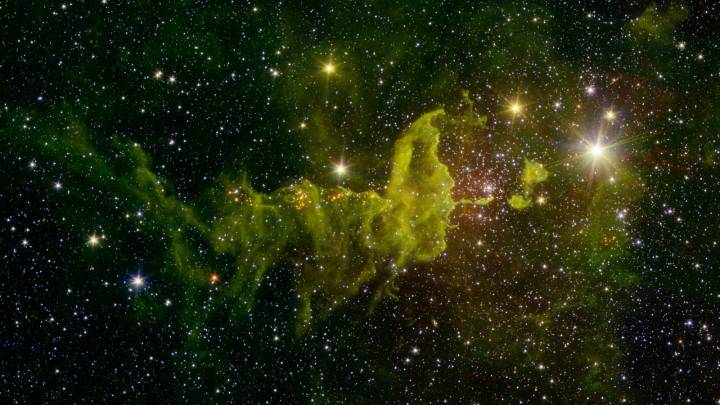 NASA’s Spitzer Space Telescope has proven to be one of the most powerful tools in the agency’s arsenal for over a decade and a half, giving us gorgeous views of distant objects using the telescope’s ultra-sensitive infrared sensors. This week, the telescope celebrated its 16th year in space, and NASA wants to make the most of it.

In a new post by NASA’s Jet Propulsion Laboratory, NASA highlights 16 of the best images Spitzer captured during its lengthy mission. The images, which include distant galaxies, massive stars, and clusters of space dust, are all pure astronomy eye candy.

Spitzer launched in late August of 2003 on a mission that was expected to last a maximum of five years. However, because the telescope performed so well during its primary mission, it got a new lease of life. NASA couldn’t stand to let the telescope die, and has kept it kicking for an extra decade.

However, due to the telescope’s orbit around the Sun, communicating with it has become more difficult over the years. Its orbit is similar to that of Earth, but it doesn’t orbit as rapidly as our planet, and it’s over 150 million miles behind Earth and losing additional ground every day.

This poses a major challenge from a power standpoint, as the telescope’s solar panels point away from the Sun when it turns its antenna toward Earth. The greater the distance between the Earth and the telescope, the more difficult it becomes to ensure the spacecraft remains up and running while communicating with its handlers.

Today, with the spacecraft only able to talk with Earth for a couple of hours at a time, the telescope is nearing the end of the road. NASA has already made the decision to pull the plug on the Spitzer program on January 30th, 2020. At that point, NASA will power it down for good.