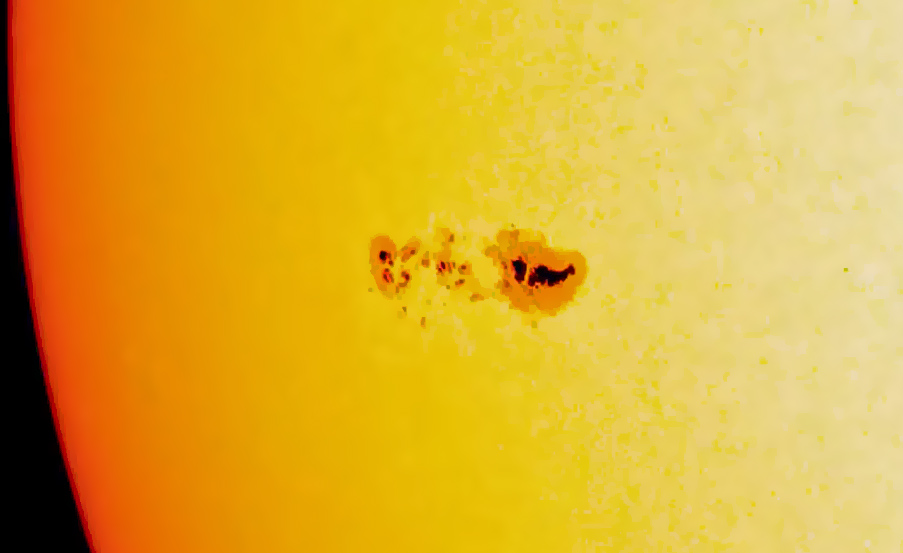 It’s always a good idea to start of your day with a reminder that nothing you do probably even matters in the grand scheme of things. This gorgeous new video from NASA will do that in about five second, so sit back, relax, and watch a sunspot make our entire planet look like nothing more than a small dot of nothingness. Happy Thursday.

The video, which was recorded by NASA’s Solar Dynamics Observatory, is a sped-up timelapse of the sun from July 5th through July 11th. It shows a blemish on the otherwise bright surface of our star, which is a fairly common sight, though NASA notes that these types of spots are less likely to occur as the sun nears the solar minimum, which is a “period of low solar activity.” NASA describes sun spots as “an area of intense and complex magnetic fields.”

What’s most interesting about this video, aside from the the glorious view we get of the sun itself, is the handy scale NASA has provided in an overlay to show how large the spot is in comparison to our planet. As you can see from the side-by-side comparison, the spot is larger than the entirety of the world we call home, which gives you an idea of just how big the sun itself is, too.

Of course, we’ll be able to get a fantastic view of solar events such as this when NASA carries out its plan to “touch the sun” in 2018. That mission will send a probe within 3.9 million miles of our star, and even at that distance it will have to deal with temperatures hot enough to melt steel.