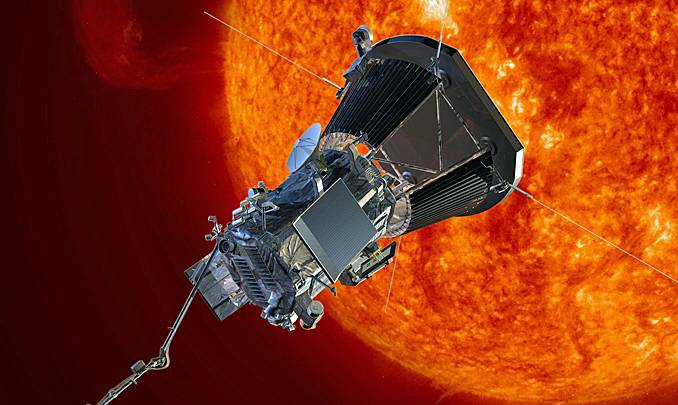 In 2018, NASA will send a probe to one of the locations in the solar system that it never has before: the sun. In a series of orbits, the spacecraft will come closer to our star than any space vehicle before it could possibly withstand, and the mission is expected to reveal things about the sun that researchers have long wondered. In a news conference today, NASA revealed a few key details about its plans to ‘touch the sun,’ including a new name for the daring probe that will make the journey.

Originally called “Solar Probe Plus,” the craft that will skirt the outer regions of our star’s atmosphere is now called the Parker Solar Probe. It’s name is a nod to astrophysicist Eugene Parker, who first hypothesized the existence of solar wind. “I’m certainly greatly honored to be associated with such a heroic scientific space mission,” Parker said of the naming.

The mission will cost $1.5 billion to conduct, and will take place over a seven year period. During its journey, the spacecraft will make a total of 24 increasingly close flybys of the sun, inching closer until it reaches its closest distance, which will be about 3.9 million miles. That might sound like a pretty safe gap, but even at that distance, temperatures will be hot enough to melt steel.

To protect the vehicle on its trip, it will be equipped with a carbon composite heat shield nearly five inches thick, which should protect it while it takes scientific readings regarding the sun’s magnetic fields, monitors the solar wind, and snaps photos.