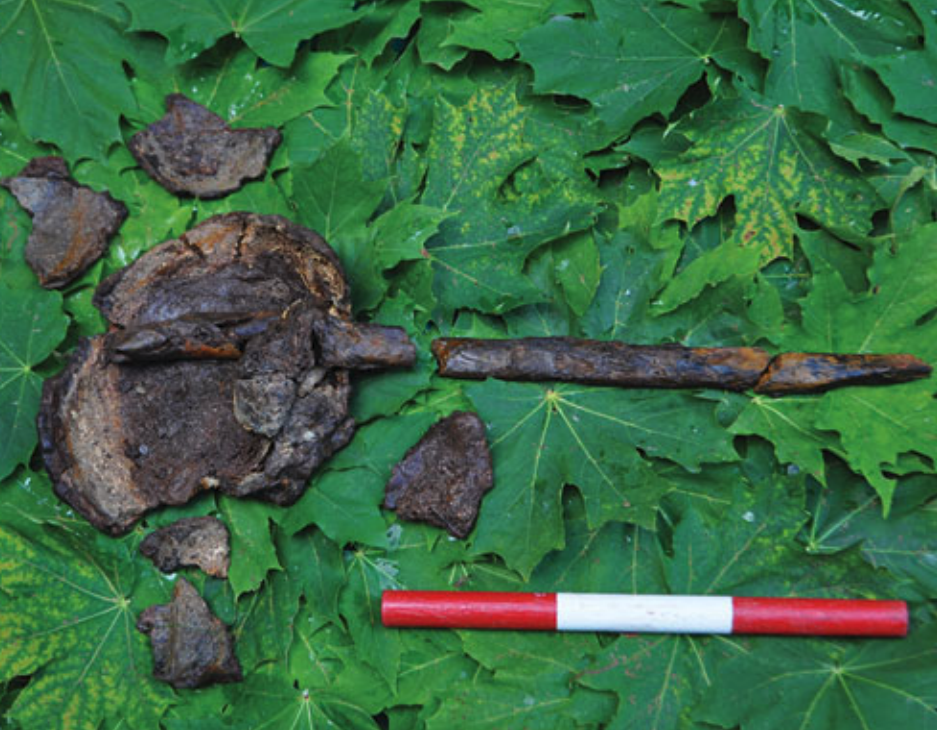 The image of a decapitated human head mounted on a stake is something you’d probably associate with Game of Thrones, or gritty medieval tales of intimidation and slaughter, but a new discovery in Sweden is challenging that notion. At a burial site thought to be around 8,000 years old, researchers uncovered clear evidence of human skulls mounted on crude wooden posts, suggesting that the practice began, at least in part, long before the iron age and the many wars and conquests that filled the centuries that followed.

Discovered by a research team made up of scientists from Stockholm University and the Cultural Heritage Foundation, the burial site was used by hunter-gatherers. That’s significant because, as far as we know, those very early groups didn’t make a habit of engaging in practices like corpse mutilation for the sake of intimidation. The research was published in Antiquity.

The remains of ten individuals were found at the site, all but one of which were adults. Each of the adults suffered serious head trauma, with clear evidence of blunt force impacts on the skulls. It’s unknown whether the damage contributed to the death of each of the individuals or had been inflicted postmortem.

The researchers were able to say with certainty that three of the male skulls had been pierced with stakes after their deaths. Two surprisingly intact wooden stakes were found in two of the skulls, and the team believes that they had been mounted as to be easily visible. However, it’s unclear exactly why the decapitated heads were mounted in such a way, and the team is careful not to jump to any conclusions.

The state of the fossilized remains “suggest that the human bodies were manipulated prior to deposition,” the researchers write. “This unique site challenges our understanding of the handling of the dead during the European Mesolithic.”

It’s possible, the researchers note, that the heads were mounted due to some custom or tradition, rather than for the purposes of instilling fear in enemies or showing off to peers. Never before has behavior like this been observed in remains of early hunter-gatherers, so clues are hard to come by.