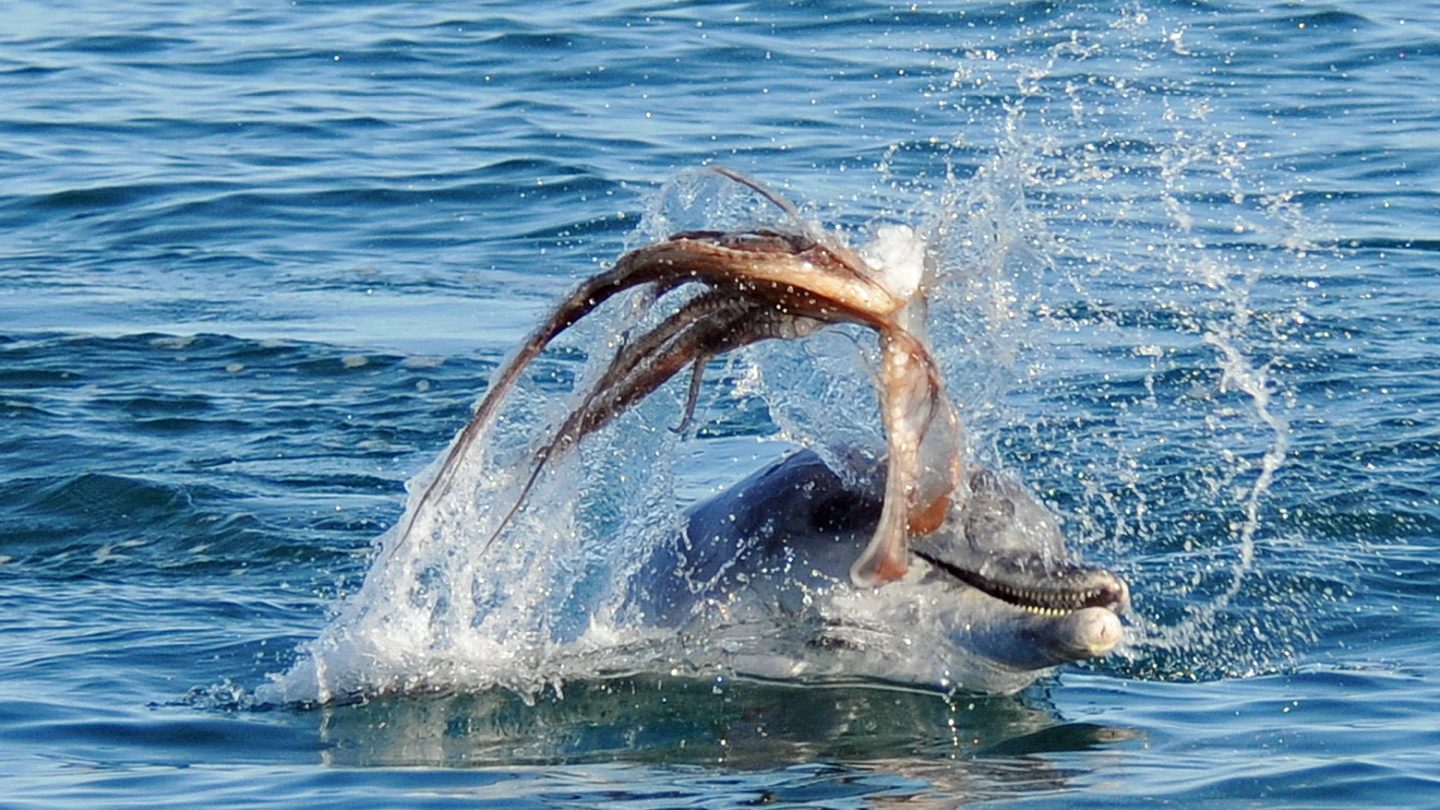 As far as personality goes, bottlenose dolphins are one of the more charming species to inhabit our oceans. They’re also extremely intelligent, brutal hunters that have no problem bloodying up their prey while capturing a tasty meal. In Australia, octopus is a dolphin delicacy, but it’s also a very, very dangerous food source due to the cephalopod’s ability fight even after it’s been bitten and pulled limb-from-limb. Now, scientists have amassed enough video evidence of dolphins dealing with their crafty prey that they believe a very specific hunting technique is being passed down and shared within the dolphin community.

For dolphins, the problem with munching on the many-armed critters is that actually killing an octopus doesn’t mean it can’t still kill you. The nervous system of an octopus allows its tentacles to continue to fight with its powerful suction cups that can block a dolphin’s breathing. Indeed, scientists have found dead dolphins with bits of octopus still clogged in their airways, and that’s a big price to pay for a meal.

The team of scientists from the Marine Mammal Science group at Murdoch University have identified the specific techniques dolphins are now using to prevent their food from getting the better of them. These actions include violently whipping the octopus against the surface of the water in order to tear and disable it, as well as literally throwing the injured prey into the air so that it hits the water and further incapacitates it.

The researchers have also observed younger dolphins picking up the octopus-slaying technique from older members of their groups, and carrying on the knowledge for the future.