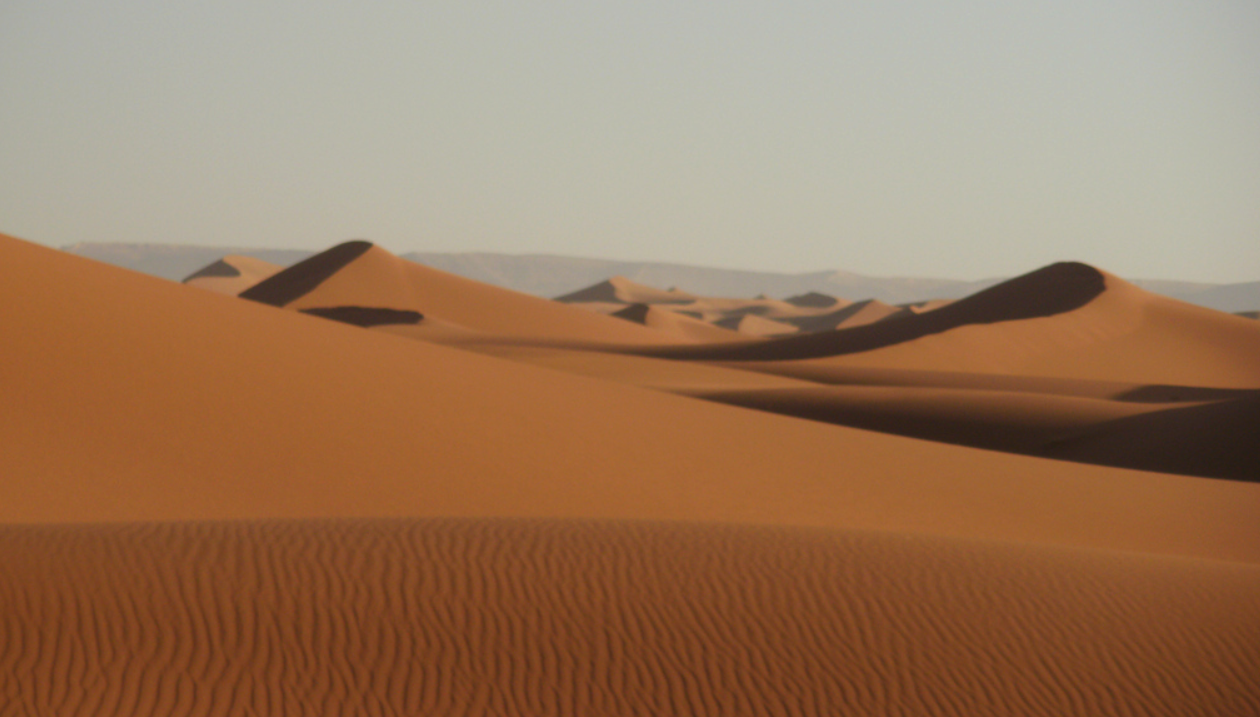 You’ve probably had a solar-powered calculator since the 1980s, but it’s only been within the past decade or so that the potential of large-scale solar installations has been widely explored. Harnessing the power of the Sun beating down on our planet and using that power to solve our energy concerns seems like a no-brainer, and what better place to build a light-gobbling facility than the Sahara Desert?

The Sahara is the largest desert in the world. It’s also windy, dry and sunny there. Constructing a wind and solar energy facility in the sands could be a huge win for humanity, but a new study published in Science shows that doing so might actually make the desert not-so-desert-like anymore.

The Sahara is dry and smooth and bright. Solar panels — and the various hardware that comes with them — are darker than the surrounding sand. Meanwhile, wind turbines don’t just passively generate power from winds causing them to spin; they can actually affect how the wind behaves over larger areas.

Forecasting what might happen if a large-scale energy facility were to be built there, the researchers looked at all the different factors that would affect the local climate. By calculating the changes and plugging them into a climate model, the team says the results show a dramatic increase in precipitation in the region, as well as changes in temperature.

“We found that the large-scale installation of solar and wind farms can bring more rainfall and promote vegetation growth in these regions,” Eugenia Kalnay of the University of Maryland, co-author of the study, explains in a statement. “The rainfall increase is a consequence of complex land-atmosphere interactions that occur because solar panels and wind turbines create rougher and darker land surfaces.”

The increased rainfall could spark a return of vegetation over a large area, bringing the desert back to life in a way that nobody had really considered before. The hypothetical energy facility used in the modeling would be capable of generating over four times the current global energy demand. Obviously, actually building a solar and wind farm of this scale is easier said than done, but science says that doing so could have some incredible benefits.