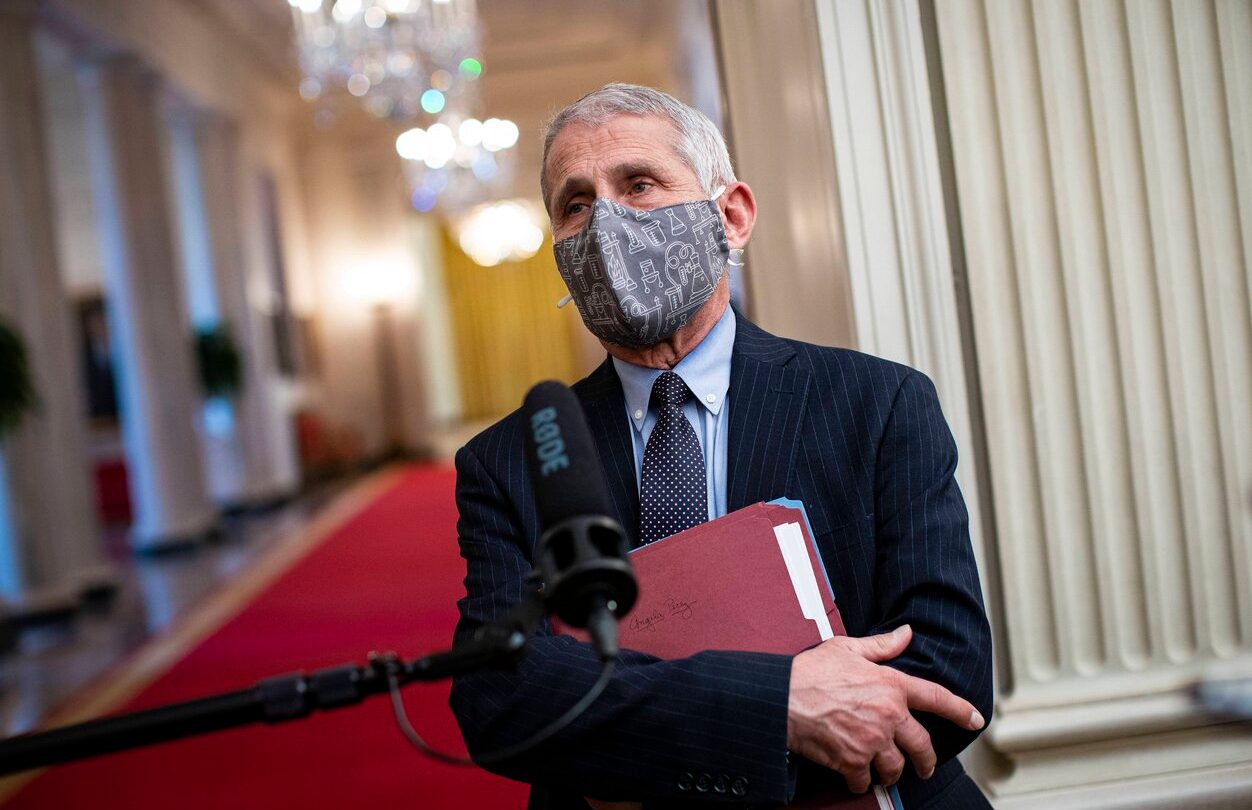 Weeks after Dr. Anthony Fauci came under fire over reports appearing to show that money from the National Institutes of Health ended up funding lab experiments that tortured and killed beagle puppies, PETA is calling for his resignation.

The reports alleging the animal mistreatment stem from a Freedom of Information Act request. That request came from the watchdog group White Coat Waste Project, and it turned up some shocking findings. Among them: That taxpayer money funded drug experiments involving a few dozen beagle puppies. The group’s report went so far as to claim that researchers locked the dogs in cages. And even allowed starved sandflies to eat the puppies alive. “The commissioned tests involved injecting and force-feeding the puppies an experimental drug for several weeks, before killing and dissecting them,” a group of congressmen wrote in an angry letter to Dr. Fauci.

“Our position is clear,” PETA tweeted Friday afternoon. “ALL those in leadership at NIH, including Fauci, should resign.”

The news about Fauci’s dog experiments has helped expose just how much $$$ the @NIH throws at horrific experiments on animals.

The NIH has since responded to this controversy. According to Factcheck.org, the agency claims it didn’t fund the study noted above. However, Fauci’s division within NIH did nevertheless confirm a different study with dogs in Tunisia.

In a National Institute of Allergy and Infectious Diseases-supported study, 12 dogs “were immunized with the experimental vaccine at the Pasteur Institute of Tunis, and then let out in an enclosed open space during the day, during high sandfly season in an area of Tunisia considered to be hyper-endemic for canine leishmaniasis,” an NIAID statement reads, according to Factcheck.org. “The goal of the research was to determine if the experimental vaccine prevented the dogs from becoming infected in a natural setting.”

The NIAID, again according to the fact check site, also acknowledged a separate leishmaniasis study that was conducted at NIAID labs five years ago. The experiment involved eight beagles. They were intentionally infected to study “the transmissibility of leishmania infantum, which causes canine leishmaniasis — the dogs developed skin lesions and were later euthanized.”

The statement released by PETA calls for widespread leadership change at NIH, including the resignation of Dr. Fauci. “Anthony Fauci and all the NIH directors have defended a cruel, archaic system for far too long,” said Kathy Guillermo, senior vice president for laboratory investigations at PETA, according to news reports. “It’s time for them to get out of the way and let modern scientists take over.”

This is all part of a larger push by PETA. Specifically, the group is trying to end all lab experiments involving animals. It’s also trying to bring wholesale change to the NIH and its leadership.