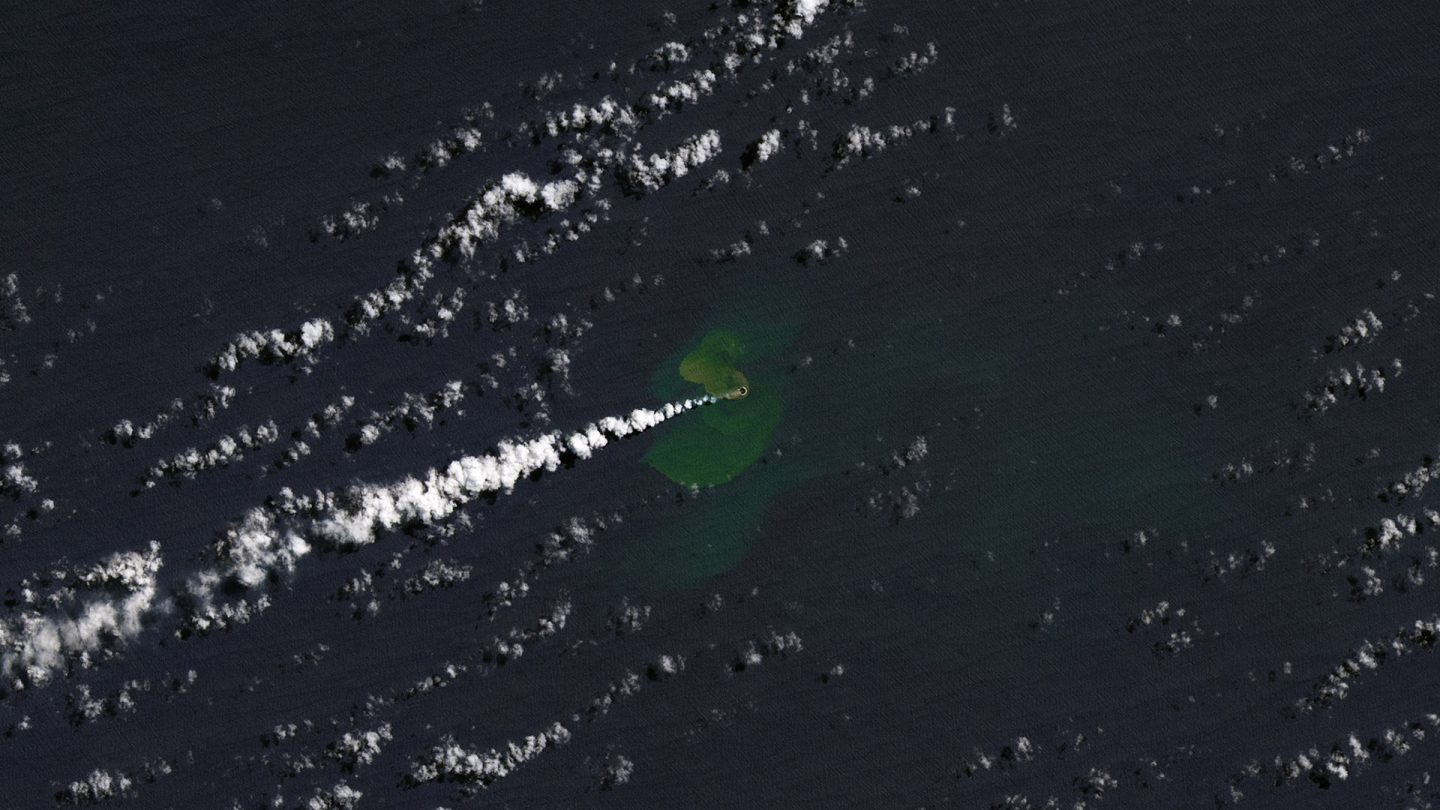 NASA has spotted a newly birthed island out in the Pacific Ocean. The island is the result of a series of eruptions from a volcano situated in the Home Reef, a seamount in the Central Tonga Islands. NASA says the seamount repeatedly oozed lava and ejected plumes of ash and smoke starting on September 10. Eleven hours after the eruptions began, though, the space agency began to notice the new island.

The Tonga Geological Services said that the island was believed to be around 10 meters (33 feet) above sea level and 4,000 square meters (roughly 1 acre) wide. Six days later, though, the newly birthed island had grown to over 24,000 meters wide (around 6 acres). That’s a pretty big growth and shows just how much the seamount had been erupting over the course of those days.

The image of the newly birthed island showcased above was captured by Landsat 9, which is part of NASA’s Operational Land Imager-2. That image was captured on September 14 and doesn’t show just how much the island has grown since its first appearance.

Unfortunately, NASA says this newly birthed island isn’t likely to survive for very long. Most of the islands created by submarine volcanoes are short-lived. However, some have persisted for multiple years. Whether that will prove to be the case here or not is unclear, though.

The Home Reef seamount has seen four periods of record eruptions since as early as 1852. Small islands formed after that event and another event in 1857. Additional eruptions in 1984 and 2006 also produced massive ephemeral islands with cliffs that measured up to 70 meters high.

The location of this newly birthed island is ripe for such events because it is located in an area with three tectonic plates. The plates constantly converge, pushing the Pacific Plate further beneath the other two. This has led to one of the most active volcanic areas in the ocean and yielded one of the deepest trenches on Earth.