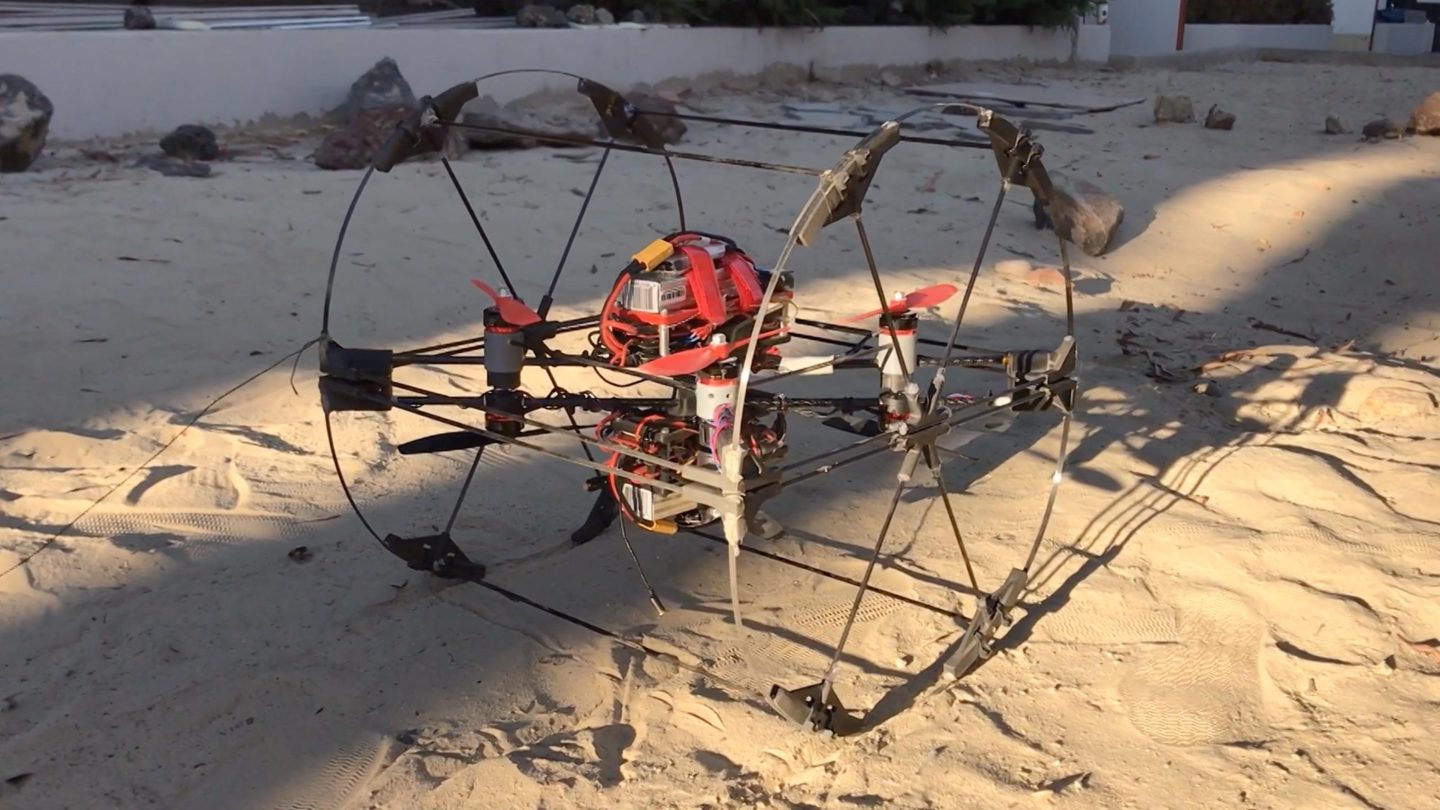 In the context of space exploration, the term “rover” conjures images of multi-wheeled robots with big, bulky bodies covered in scientific instruments. NASA’s Mars rovers are probably the most iconic of all, but when the space agency is ready to send a spacecraft to Saturn’s Moons, the bots that make the trip will likely look a whole lot different.

NASA recently announced its intentions to send a drone helicopter to Saturn’s moon Titan in the not-so-distant future. An aerial drone will provide scientists with the ability to travel over huge distances much more rapidly than would be the case with a ground-based rover, and the designs being tested are truly out of this world.

The “Shapeshifter” robot project is currently underway at NASA’s Jet Propulsion Laboratory, and the idea is to create a robot that can transform its body into whatever shape would best suit the environment.

In a video showing off the concept of the robot, the machine takes on many different shapes, allowing it to fly, crawl, and even swim as needed. The prototype is a bit less full-featured, but it’s still an impressive creation.

The robot in its current form is capable of rolling along the ground using a rigid frame shaped like a cylinder. This is suitable for flat terrain, and the bot can easily roll over sand and small rocks. When the robot needs to take the skies, however, is when the real fun begins.

The prototype reveals itself to be two robots in one, splitting in half lengthwise. Each half is equipped with its own system of propellers, turning them into independent flying drones that can navigate on their own. Then, when the two halves of the robot reach a new area, the halves can secure themselves together once again, turning the robots into a single unit again.

NASA imagines robots like these traveling to new worlds in teams of up to a dozen, taking on new form factors whenever needed and exploring huge areas far more rapidly than is currently possible with rovers like those on Mars.