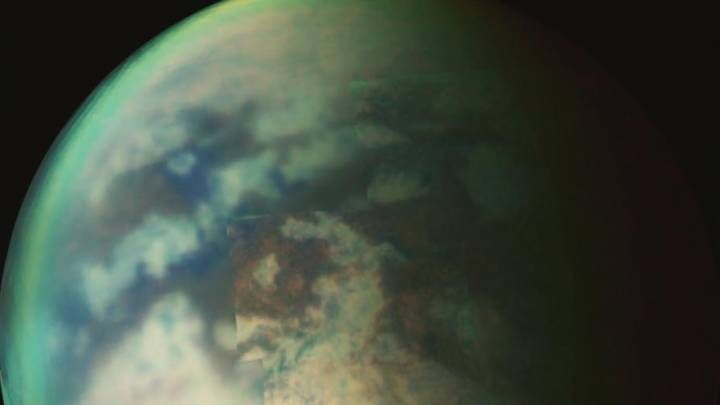 If there’s one thing you can definitely say about NASA, it’s that they sure do like to plan ahead. Despite more pressing ambitions like returning to the Moon, launching a new Mars rover, and even planning a manned mission to the Red Planet, NASA announced today that it’s already looking for new adventures, and it plans to start with Saturn’s moon Titan.

The space agency revealed today that it plans to launch a mission called Dragonfly, which will see a drone helicopter sent to the frigid moon in search of knowledge and perhaps even life. Dragonfly won’t launch for some time, with its current launch date planned for 2026, and it will take eight years to actually make the journey, but once it arrives it just might have some surprises for us.

NASA will select “dozens” of locations on Titan that seem like promising points of interest. Because it’s an aerial drone and not a rover, Dragonfly will be able to venture to these locations rather quickly, providing a wealth of information and many observations over a shorter period of time.

“With the Dragonfly mission, NASA will once again do what no one else can do,” NASA Administrator Jim Bridenstine said in a statement. “Visiting this mysterious ocean world could revolutionize what we know about life in the universe. This cutting-edge mission would have been unthinkable even just a few years ago, but we’re now ready for Dragonfly’s amazing flight.”

Titan is known for its vast lakes which are filled not with water, but hydrocarbons chilled to the point that they become liquid rather than gases as we observe them here on Earth. Dragonfly will be equipped with the tools to scan material samples for evidence of life, either present or past, and NASA isn’t sure what it might find.

“Titan is unlike any other place in the solar system, and Dragonfly is like no other mission,” NASA’s Thomas Zurbuchen explains. “It’s remarkable to think of this rotorcraft flying miles and miles across the organic sand dunes of Saturn’s largest moon, exploring the processes that shape this extraordinary environment. Dragonfly will visit a world filled with a wide variety of organic compounds, which are the building blocks of life and could teach us about the origin of life itself.”