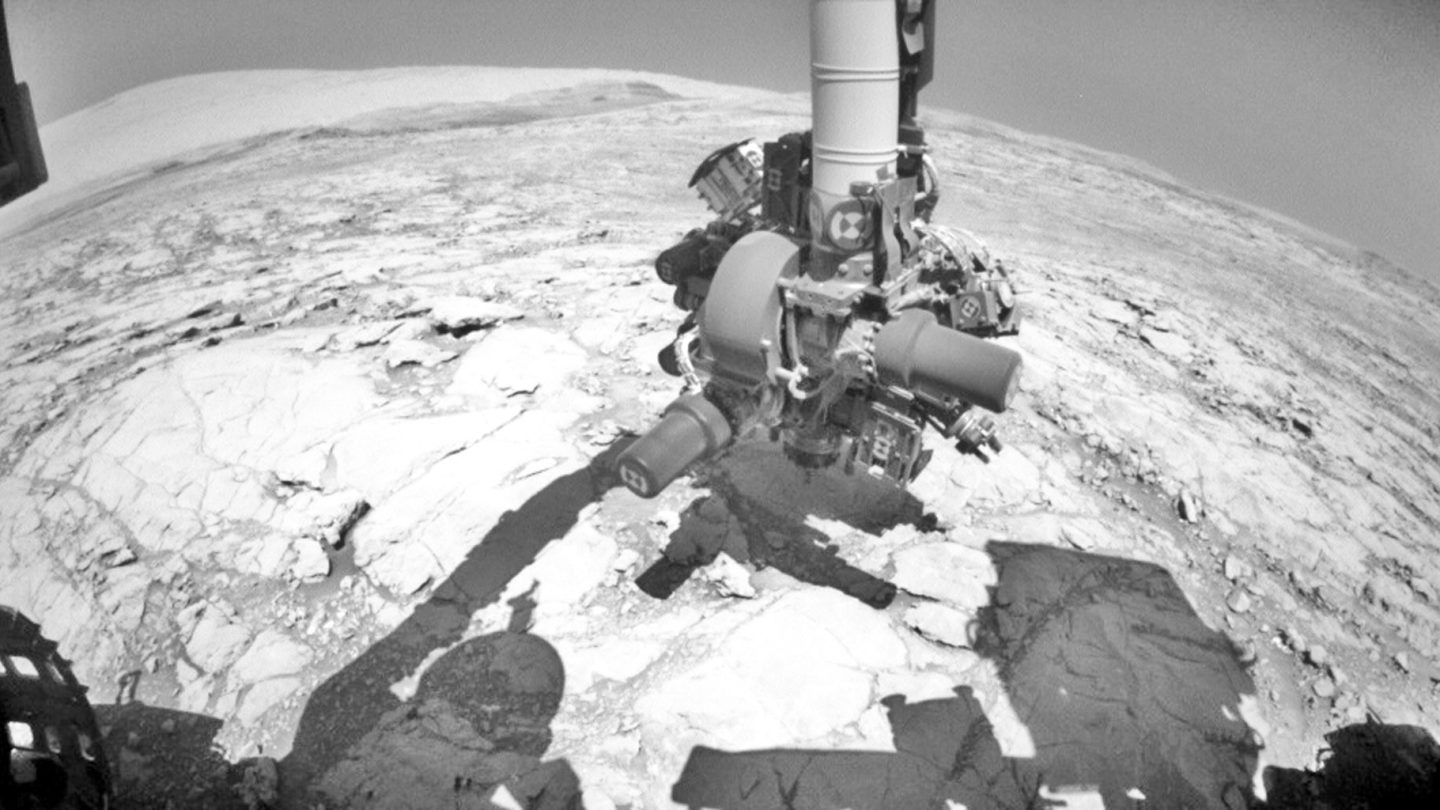 NASA’s Mars rover Curiosity has already delivered some gorgeous views of the red planet and provided scientists with an incredible wealth of data regarding one of our closest planetary neighbors, but one particular aspect of Curiosity’s myriad technical abilities has been a bit of a disappointment: its drill. The rover’s drill hasn’t been operational in nearly a year thanks to an issue with the mechanism that controls the position of the drill bit. Now, after months of testing here on Earth, NASA is finally testing a new technique that could allow Curiosity to use its drill once more.

The rover’s original method of drilling utilized a pair of stabilizing posts to carefully position the drill above the drill site before the bit was extended and began the actual drilling process. Now, because the hardware that extended the drill bit has proven unreliable, NASA is testing the option of having the rover’s long robotic appendage simply push the bit into the rock on its own.

The new technique is similar to how a person might use a handheld drill — that is, pushing the drill bit against the surface and applying pressure as the trigger is pulled and the drill is activated. The rover’s latest test required it to place the bit against the hard Martian surface and push down, which it completed without issue. The test was vital because NASA needed to see if the drill would move from side to side when pressure was applied, which would have potentially dire consequences.

“This is the first time we’ve ever placed the drill bit directly on a Martian rock without stabilizers,” Douglas Klein of NASA’s Jet Propulsion Laboratory said. “The test is to gain better understanding of how the force/torque sensor on the arm provides information about side forces.”

Before sending the test commands to Mars, NASA performed the same test on a lab here at home using a duplicate of the Curiosity rover. One of the biggest challenges during testing turned out to be the process by which the rock samples are returned to the laboratory instruments onboard Curiosity, since the previous method was dependent on the now-defunct hardware. That new process will also be vital in Curiosity’s future drilling adventures, which could unfortunately still be months away.